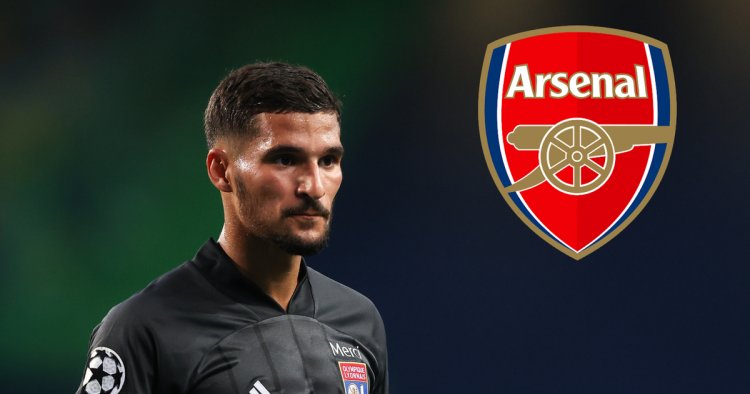 Houssem Aouar has been linked with a move to Arsenal (Image: Getty Images)

Arsenal's 100% record to the Premier League season came to an end last night as they were beaten 3-1 by Liverpool at Anfield - and all eyes will turn to the transfer window.

The Gunners have already made some impressive signings so far this summer, but there are two players who continue to be mentioned.

Thomas Partey of Atletico Madrid and Houssem Aouar of Lyon are two names that have been continuously linked with a move to the Emirates Stadium this summer.

On Sunday, Aouar himself confirmed that there have been some talks regarding his future at the Ligue 1 side, with another report suggesting that he is keen on a move to north London.

There are bound to be further updates on the linked duo throughout today, and you can keep up-to-date with any breaking transfer stories right here in our dedicated Arsenal live blog.

Atletico Madrid midfielder Thomas Partey was dropped to the bench for their 6-1 win over Granada on Sunday.

Partey has been a regular starter at the Wanda Metropolitano under Diego Simeone, but instead, Simeone started with a midfield pairing of Koke and Saul.

The Senegalese midfielder is said to have support Arsenal as a boy, and yesterday’s team selection may hint that Simeone is planning for life without Partey.

Arsenal have been given their clearest message yet in regard to their pursuit of Houssem Aouar with Lyon setting a date for all their outgoing business to be complete.

Considering the transfer deadline is not until next Monday [October 5], this ultimatum gives the Gunners three less days to finalise a deal for the 22-year-old.

Alexandre Lacazette may have scored for Arsenal against Liverpool but he still appeared to leave the field with regrets.

The striker opened the scoring for the Gunners against the run of play, yet they were unable to hold onto the lead as they conceded two in the following nine minutes to trail 2-1 at the break.

With Liverpool controlling possession, it was a difficult evening for the Frenchman, who struggled to get on the ball that often.

Every word from Arteta

The Arsenal boss had plenty of topics to discuss, including Liverpool, Alexandre Lacazette, transfer and much more.

Read it all here