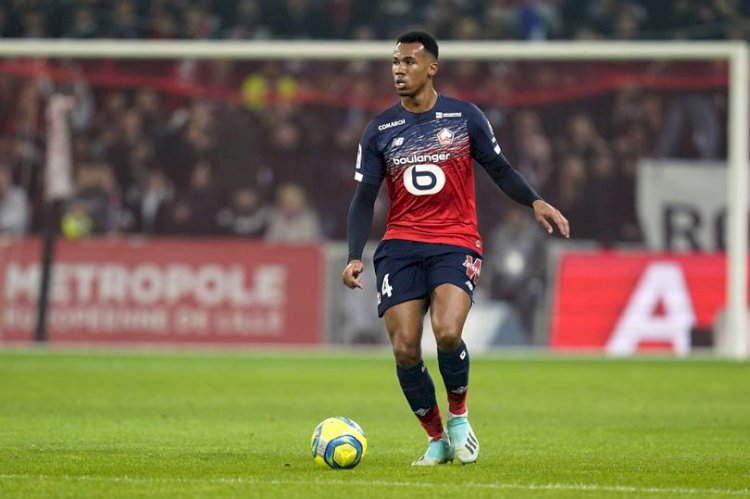 Arsenal are expected to complete the signing of Gabriel from Lille in the coming days.

Arsenal fans are desperately waiting for the club to announce the arrival of Gabriel Magalhaes.

Starring for Lille in Ligue 1 last season, the Gunners appear to have won the race for the Brazilian's signature amid links with Manchester United, Everton and Napoli.

A £25m fee has been agreed for the centre-back, who has reportedly completed his medical, and fans are now waiting for official confirmation from the club.

Defence has been a major problem at the Emirates over the past few years but Mikel Arteta is doing all he can to ensure it is no longer an issue with Gabriel set to join William Saliba in north London for the new season.

The Gunners have already started their preparations for 2020/21 after lifting the FA Community Shield on Saturday with a penalty shootout victory over Liverpool.

Taking the lead early on through a stunning finish from Pierre-Emerick Aubameyang as he curled the ball home from outside the area, Liverpool's January signing Takumi Minamino restored parity with 17 minutes left on the clock.

The game subsequently went to penalties and it was the Gunners who came out victorious with a 5-4 win after Liverpool's Rhian Brewster smashed his effort against the crossbar, thus allowing Aubameyang to win it with Arsenal's final penalty.

David Luiz was one of the team's scorers in the shootout and he uploaded a video of his brilliant strike to his Instagram account after the game.

"When the commentators support different teams. Funny to see. God is great. Come on Gunners," he captioned the video.

With Ian Wright and former Arsenal player Gabriel Paulista having their say in the comments, Lille centre-back Gabriel also left his potential future teammate a message.

"I was nervous, brother," he quipped.

Luiz will be a key figure in Gabriel's development once he signs on at Arsenal due to his experience in the game and he will no doubt take his fellow countryman under his wing.

Arsenal start the new league season away at Fulham on Saturday, September 12 and all fans will be hoping to see Gabriel in the starting XI at Craven Cottage.

Lionel Messi contract situation explained: How can he leave Barcelona on a free?

Super League: The War for Football: Apple's next soccer...

William Saliba has shown Mikel Arteta that he fits the ...