The people of Hoima district still have hope in the incumbent Woman MP for her sacrifices exhibited drying her last term in parliament which they say are characterized by an original mind, raising issues that are aimed at making Hoima a better, safe place for current and future generations to ive in. 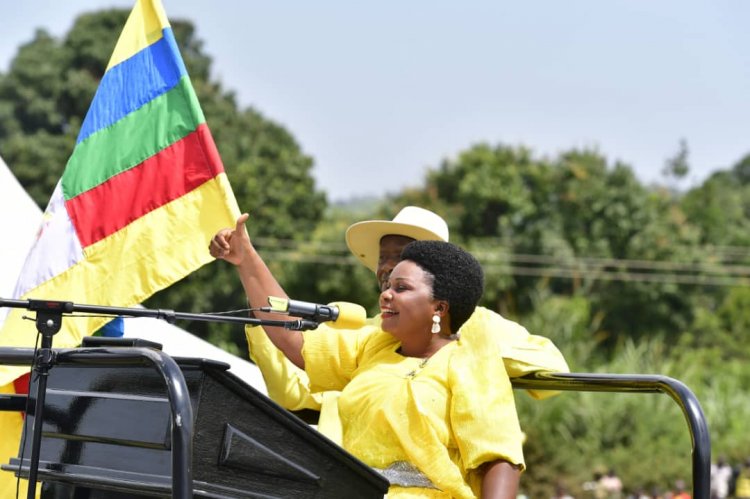 In an opinion survey conducted by News feed, to ascertain  the public’s perceptions and preferences about the political climate in the Hoima district ahead of the 2021 general elections, it indicated that in the race for parliamentary seat for woman MP all odds are for the incumbent Harriet Busingye aka Baby Face.

In a race with over 4 candidates, Harriet Busingye (NRM) still leads her competitors with 60% followed by Wembabazi Beatrice with 37% Independent, Nyamuhaibona Kiiza NUP 2% and Rehema Nabisera 1% FDC.

Random respondents, in different parts of the district about who they think should be their next area woman MP showed that about 6/10 would mention Busingye while 3/10 could mention Wembabazi, and 2/10 could mention Brigyet or Rehema or remain silent.

In most part of the district many respondants still hope in the incumbent MP and promised to vote her come Thursday 14th Jan 2021.

They outlined the benefits they have accrued from the Woman’s MP while still the last term in parliament including: offering money in SACCOs, sponsoring unprivileged children, solving youth issues, supporting sports in Bunyoro,

Mukesh Vs Ssenyonyi: Its not yet over as Mukesh is set ...

Ukraine update: It's a done deal. UK is sending its 'in...

LIVE: Follow along for the opening statements in the Pr...