Democracy is based upon the conviction that there are extraordinary possibilities in ordinary people. It's determined by people who show up. Inside every one of us there a power to change the world in a democratic society. Let's exercise our patriotic duty and vote. 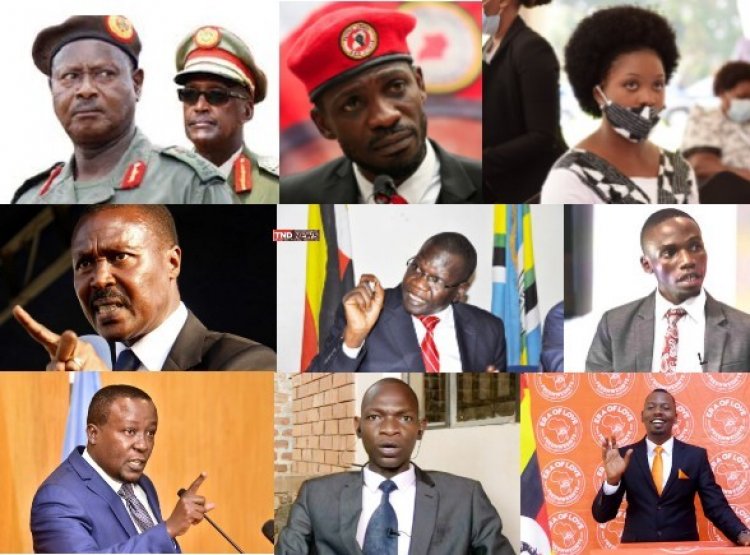 In the 2021 General elections, Fairness and Legitimacy concerns have been expresses by all elections stakeholders as Uganda maps out a path to voting day on Thursday 14th January 2021.

Though in the campaign period for the 2021 elections, manifestos have been presented, but also in the scenarios witnessed we have lost soldiers, friends of all respects. A campaign period marred with disease, accidents, hatred talk, arrests, exile, and death among others

Ugandans have one day to general polls. This last day is a day to remember those we have lost during the dreaded vote search country wide, those still in prisons, those that were infected by the Covid-19 in the name of the nation, the day to seek God’s heavenly guidance and protection during and after elections to have a free, fair and peaceful results. The day to think of the aftermath of the elections for the preparation of the next government to lead our country to a better glory.

We have grown our democracy to greater heights, we should uphold it still for the benefit of even our next generations. Let’s pray for a smooth voting by Ugandans and peaceful election results.

Let the critics of Africa’s Leadership focus on strengthening democracy.

Nigerian Novel Nobel Woke Soyinka said “Whoever champions the principal of democracy, let’s back the individual, whoever opposes it especially in a brutal way doesn’t even think of the future that degrades the humanity on behalf of whom such a political principle is expressed….that for me is an enemy of humanity and not just for the society”

The current government is revered with credit by many in Uganda including it’s critics, predecessors among others.

"Being president of Uganda is a bit like being a rodeo rider, if you can hang on to this wild horse for 20 years, surely you are a person who should be a case study." Mao DP president said at the eve of 2006 elections.

The Electoral Commission has struggled to merge public health imperatives with electoral exercises in a bid to forge elections activities despite the pandemic. The balancing act which has caused public trust harder than usual to earn but essential to democratic continuity.

For God and My Country.

The author is a Senior Public Relations and Marketing Expert.

UCDA Boss Lyamulemye under probe by IGG over UGX9 Billi...

C-SPAN's cameras have been enjoying free rein and the A...

It may have been a shootout: Police inspector offers Pr...