Over the years, Congolese gunmen have attacked, killed and robbed Ugandan fishermen of their fishing gear in Kikuube and Hoima districts. 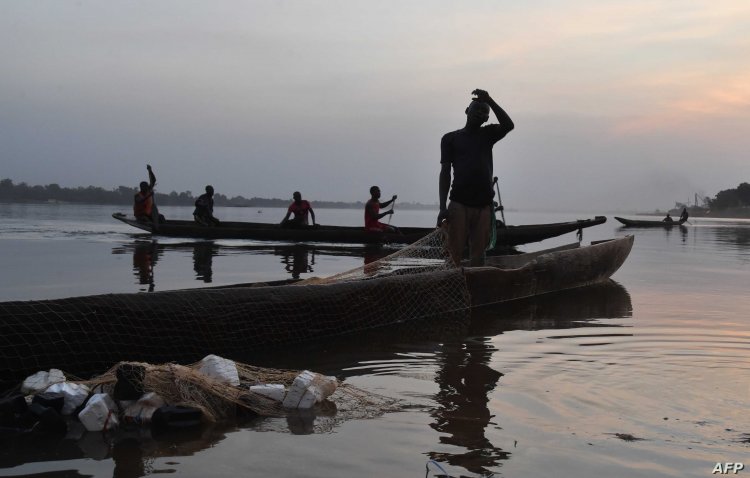 Fishermen on Lake Albert
Following the attack of fishermen by Congolese gunmen  on Monday, July 12, 2021 near Senjojo landing site in Buhuka parish, Kyangwali sub-county in Kikuube distric in Bunyoro sub- region, leaders in the district have expressed their unhappiness on the way security has handled the situation.
During the attack Congolese gunmen attacked three Ugandan fishermen before ordering them to surrender their fishing gear including engines and fish nets district.
The Kikuube District Council Speaker, Christopher Nkalu was dismayed at the way security is sluggishly handling incidents in the attack by Congolese gunmen which he said regularly attack fishermen on Lake Albert.
“Government has done little to deal with the maritime illegality which has had revenue collection implications in the district that relies on the lake as one of the major tax bases” he said.
The speaker reveals that it has become hard for district revenue collectors to get tax from fishermen in the area accusing the authorities of having failed to secure them from gunmen who attack, injure and rob them of their fishing equipment and sometimes leave others dead.
Mr Nkalu urged the Minister of Security for a quick intervention to protect fishermen from constant Congolese gunmen attacks on the lake.
The Kikuube Resident District Commissioner who is also the district security committee Chairman, Amlan Tumusiime, promised that the district authorities would liaise with their counterparts in DR Congo to address the matter.
Over the years, Congolese gunmen have attacked, killed and robbed Ugandan fishermen of their fishing gear in Kikuube and Hoima districts.
In this recent incident that took place at around 5am, two fishermen attached to Nsunzu B landing site in Buhuka parish were shot in the hand, leg and back. These included Robert Amukuhiriza and Deo Busobozi but Seremosi Byaruhanga escaped unhurt.
The fishermen were shot when they tried to resist the order to surrender their fishing gear after the Congolese gunmen threatened to throw them into the lake.
Additional reporting by Gad Asaba

The truth about James Maddison to Arsenal, Tammy Abraham transfer links and Gran...

Anti-immigrant gunman who called himself 'eyes for Amer...

Writer Hannah Matthews on working as an abortion doula ...

Donald Trump gets ready for Twitter and social media co...