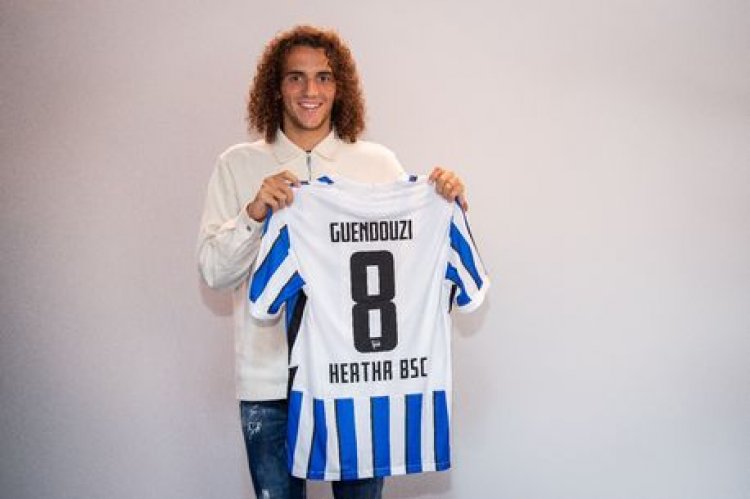 Matteo Guendouzi has explained why he's chosen to join Hertha Berlin on a season-long loan deal.

The Arsenal midfielder, who has not featured in a matchday squad for the Gunners since the incident at Brighton and Hove Albion last season, had been linked with moves to the likes of Paris Saint-Germain, Valencia and Villarreal.

But in the end, it's the Bundesliga outfit who have won the race for his signature.

Confirmation of the loan deal came via the club's official website on transfer deadline day.

"The Frenchman wears the jersey with the flag on his chest for one season, the Berlin and Arsenal FC agreed on the corresponding loan deal on Monday afternoon."

Guendouzi will wear the no.8 shirt at his loan club and has broken his silence on what persuaded him to make the move to Germany.

"The discussions with those responsible convinced me," he said. "I don't just want to develop personally, but help the whole association to take the next step.

Meanwhile, Hertha general manager, Michael Preetz, has outlined why Guendouzi was a target.

"With Mattéo we get a player who, despite his young age, with his experience of almost 60 Premier League games, makes our midfield even more flexible," he said.

"He brings aspects that further improve our game."