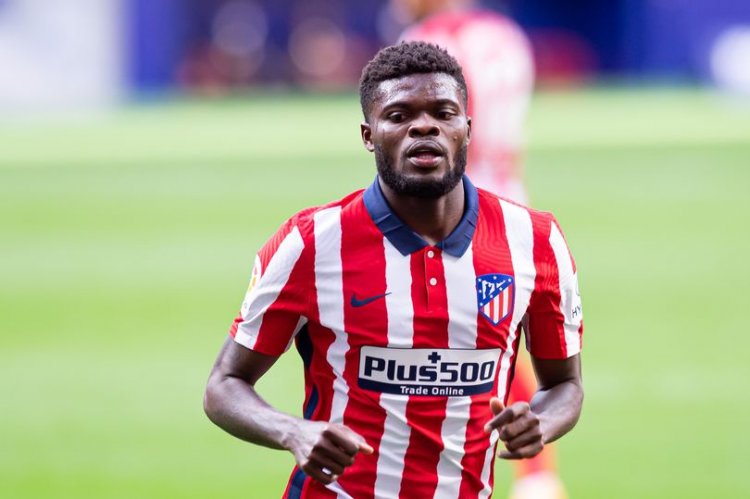 Arsenal are set to finally bring an end to one of the longest-running transfer sagas of the summer to a close by landing Thomas Partey from Atletico Madrid on Deadline Day.

The Gunners had the Ghana international top of their transfer wishlist but put a move on hold following Atletico's demands that the midfielder's full release clause must be met.

Mikel Arteta's side had made advances for Lyon's Houssem Aouar, seeing bids rejected before the French side pulled the plug on any transfer on Sunday evening.

Interest in Chelsea's Jorginho was widely reported but the Blues were not looking to strengthen a direct rival, while the Italian has also been an important figure in Frank Lampard's side this season.

That led Arsenal to revisit the Partey situation on Deadline Day, informing the player's entourage that they would activate his release clause.

That figure, £45.4m, is a significant sum for the club, particularly during a period when finances are particularly tight, but there was always been a willingness to pay if the deal was right for the club.

Arsenal certainly feel that is the case, with Partey having been eyed since 2018, and a deal is finally set to go ahead barring any dramatic hiccups in the final hours of the window.

JoriPress understands that Partey has completed his medical in Madrid and is now on his way to Arsenal to finalise a transfer.

The Gunners have until 11pm tonight to conclude a deal before the window closes, with that timeframe also being the deadline for Europa League registration.

Arsenal can submit a deal sheet to the Premier League if necessary, which would allow for extra time to finalise the minor details of a transfer - but the deal would have had to be ratified by all parties.

Matteo Guendouzi breaks his silence on why he has signed for Hertha Berlin from ...