Barcelona have been talking to Memphis Depay since January, with his contract at Lyon to expire at the end of June. The ex-Manchester United forward is close to being reunited with Ronald Koeman, who managed him for the Netherlands national team 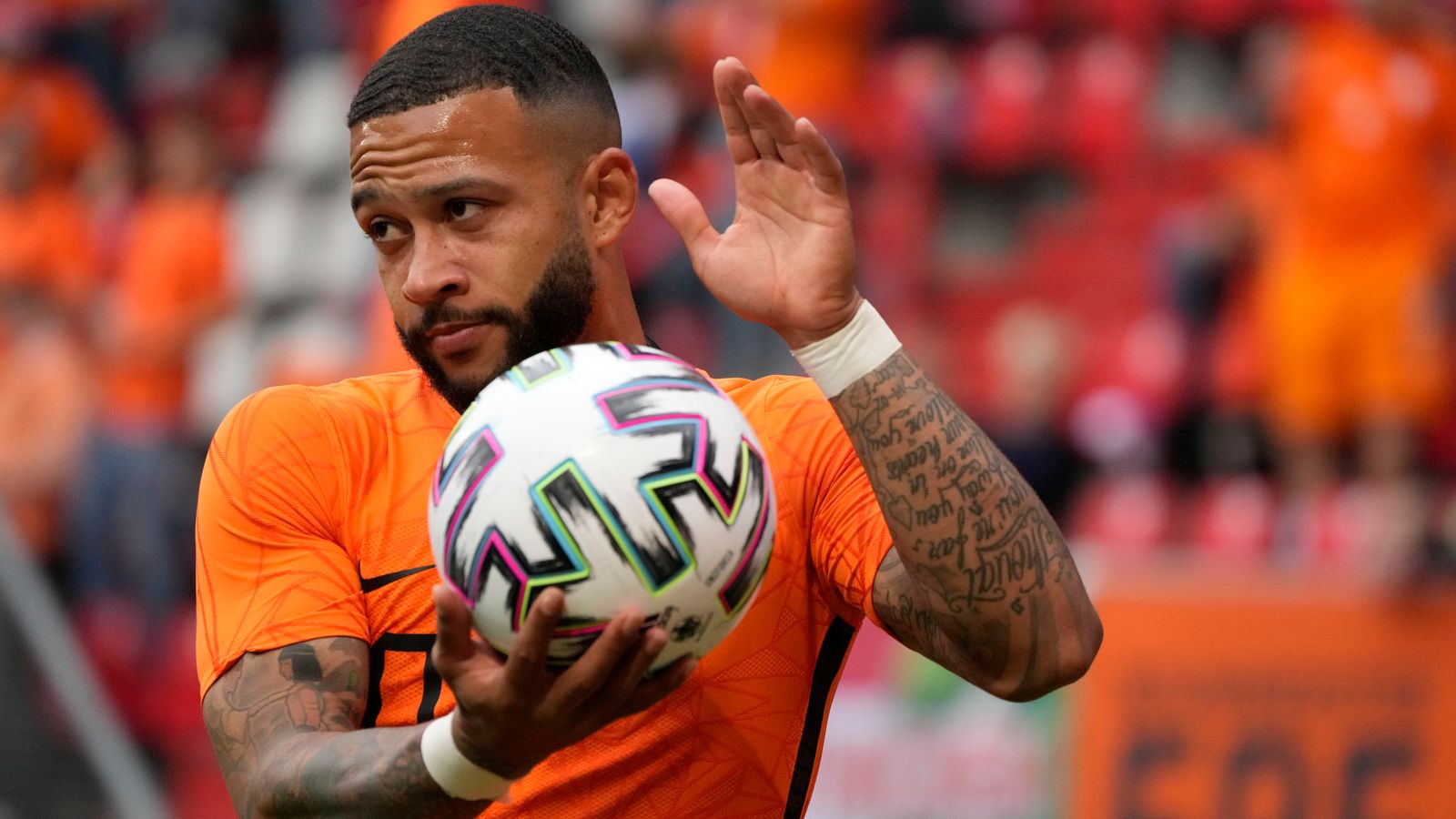 Memphis Depay is close to signing for Barcelona on a free transfer.

Head coach Ronald Koeman, who previously managed Depay for the Netherlands national team, has confirmed the move is "well on its way".

Depay, whose contract with Lyon expires at the end of this month and has been talking to Barca since January, has confirmed there will be news "soon".

"Memphis has said something about his future which I can confirm," Koeman was quoted by Marca on Thursday.

"As far as I know, the move is well on its way. Although he hasn't signed yet, it is close. I wanted to complete the deal in January and if he comes it is great for us."

Ex-Manchester United forward Depay said in the Netherlands press conference on Wednesday: "Everyone knows that I have been negotiating with Barcelona for some time.

"I want to play with Ronald Koeman. Now is the time to wait, but soon there will be news."

Depay is set to become Barcelona's third free transfer of the summer after ex-Manchester City pair Sergio Aguero and Eric Garcia signed for the club.

However, Koeman missed out on fellow Dutchman Georginio Wijnaldum, who opted to sign for Paris Saint-Germain instead to work with Mauricio Pochettino, who once wanted him at Tottenham before he joined Liverpool.

Barcelona have been forced to target free transfers due to more than £1billion-worth of debt, in part caused by the financial impact of the coronavirus pandemic.

Depay is currently part of the Netherlands squad at Euro 2020 and started in their opening 3-2 win over Ukraine.

'On his way for his medical!' - Arsenal fans excited for £45m transfer amid Engl...