Keep up to date with all the latest Arsenal news, views and transfer rumours in our dedicated transfer blog 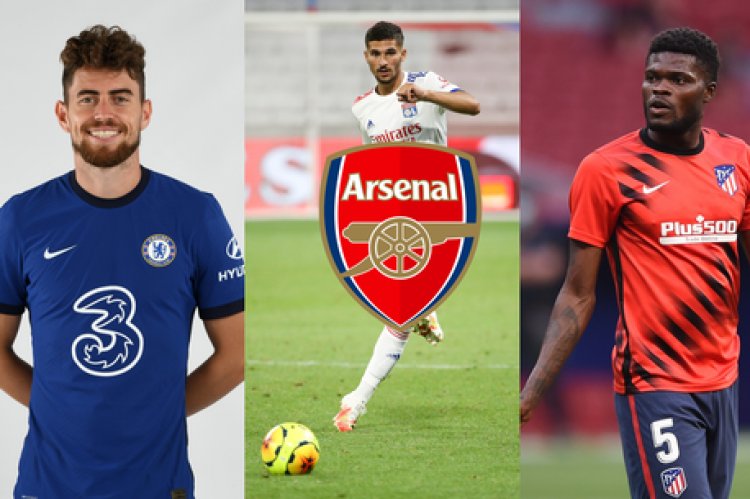 The Gunners watched on during the goal-fest in the Premier League on Saturday and will do the same on Sunday, as they wait until Monday before locking horns with defending champions, Liverpool.

Mikel Arteta's side have maintained a 100% record in all competitions this season after seeing off Fulham, West Ham and Leicester City, the latter being in the Carabao Cup.

Off the pitch, the Gunners have been active in the market and that looks set to continue heading into the final days of the window, with Lyon's Houssem Aouar and Atletico Madrid's Thomas Partey being the prime targets.

Exits are also on the cards, so it's certainly a busy period and you can keep on top of all the latest news as it happens with our dedicated transfer blog.

£50m transfer that could be bad news for Arsenal

According to the Mail, a £50million deal for Benfica defender Ruben Dias to Man City is close to completion.

And this could affect Arsenal and defender Sokratis.

Torino are set to pull out of the race for Arsenal midfielder Lucas Torreira.

The Gunners are eager to offload the playmaker to increase transfer funds in their bid to sign the likes of the aforementioned Aouar and Thomas Partey.

Torino sporting director Davide Vagnati has spoken to about how his club cannot afford Torreira.

Atletico Madrid remain interested in a loan move for the 24-year-old but Arsenal would rather sell the Uruguay international.

Sheffield United have shown interest in signing the likes of Arsenal's Folarin Balogun, but appear to have found an alternative.

The Gunners had been in talks with the Blades about loaning out Balogun but those discussions have stalled.

With less than two weeks of the transfer window remaining, it’s a distinct possibility that Arsenal won’t be able to complete the signing of Thomas Partey.

One possible alternate option could be Idrissa Gueye, the former Aston Villa and Everton defensive midfielder.

Arsenal have been urged to make a £50 million move for Tottenham midfielder Dele Alli by Ray Parlour.

Speaking on TalkSPORT, the former Arsenal man sent a message to Mikel Arteta.

I think he’d be more of a fit than Jorginho, if I’m being honest, and I’ve always said they’re lacking goals from midfield.

But I don’t think Spurs would sell Dele Alli to Arsenal. I think there would be uproar by the Spurs fans if that happened. But he would certainly be a good fit for Arsenal.

I’m trying to put a figure in my head to say how much he would be worth. I’d say £50million, I certainly believe he’s got a lot of good years left in him as a player so £50million has got to be the marker.

Arsenal were linked with a shock move for Chelsea midfielder Jorginho last week.

And fans think they have spotted a transfer hint

Arsenal fans are getting rather excited about the prospect of Houssem Aouar joining the club this summer.

Reports in Italy claim that Shkodran Mustafi is closing in on an exit from the Emirates Stadium.

According to Lazio press Mustafi has agreed personal terms with Lazio and is keen to move back to Italy.

The last hurdle is to agree the bonuses in his contract with the club.

football.london understands Arsenal are ready to increase their offer for Houssem Aouar to £36.5million (€40million) with a further £9million in potential add-ons (€10million).

The Gunners have already seen an initial approach rebuffed but are not giving up in their pursuit.

Boost Your Online Sales in Less Than 7 Days: 5 Things To Implement Today!

Max Aarons and James Maddison tipped to sign for Arsena...