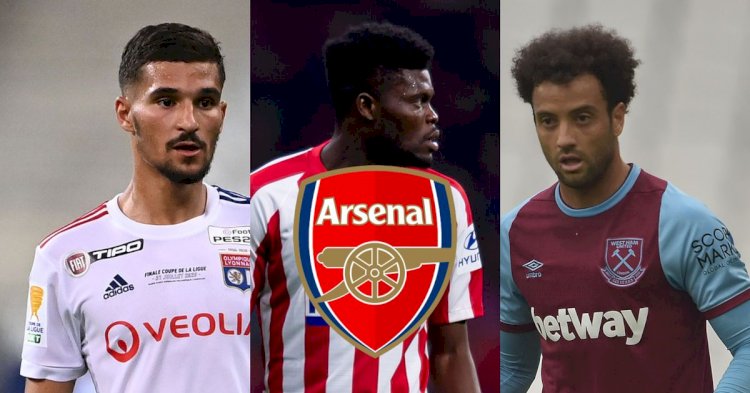 The Gunners are working on a host of players after already sealing deals for Dani Ceballos, Willian and Gabriel Magalhaes.

Mikel Arteta is understood to be keen on a dynamic midfielder, with Atletico Madrid star Thomas Partey a key target.

Lyon's Houssem Aouar is also reportedly a target with the young Frenchman seen as the perfect player to add creativity to Arsenal's midfield.

In terms of outgoings, Sokratis, Rob Holding and Lucas Torreira are all being tipped to depart the Emirates Stadium this summer.

We will have all the latest on our live transfer blog today, so join us below for all the Gunners transfer news.

Former Arsenal target Emil Roback has opened up on the interest that the Gunners showed in him when he was at Hammarby IF.

AC Milan recently completed the signing of the 17-year-old, but the Gunners had held meetings with him and his representatives before lockdown.

Speaking to Expressen, per Sport Witness, Roback talked about the interest from the Gunners:

“They had been watching me since before and had seen me in some international matches with Sweden’s youth team," he said.

“I think it was a year ago. I already told my agent that I didn’t want to go to Milan. At the time, I knew that Arsenal and also Bayern Munich were interested and, above all, Arsenal had contacted me and wanted to invest in me.” 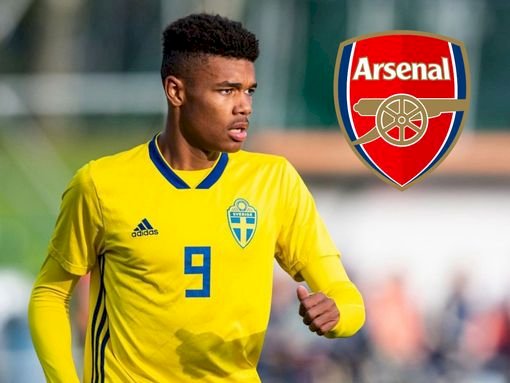 Arsenal defender Sokratis is getting closer to leaving the Emirates.

Napoli are closing in on a move for the centre-back, according to Il Mattino, per Sport Witness.

Napoli chief Aurelio De Laurentiis has confirmed that his side are chasing the 32-year-old.

According to the Beautiful Game Podcast, the Saints are eyeing a move for the USA youth international, but they are not alone.

The 19-year-old would more than likely depart on a loan deal.

Arsenal continue to be linked with a swap deal for Thomas Partey.

The price tag of £45 million has been a sticking point in the Gunners' bid to sign the Atletico Madrid midfielder.

Goal report that Partey is keen to join Arsenal, though, with transfer expert Fabrizio Romano saying that Matteo Guendouzi and Alexandre Lacazette have been offered to the Spanish side.

Arsenal have tried to offload Matteo Guendouzi to a number of clubs, according to Fabrizio Romano.

"We will have to say what will happen with Guendouzi," he told Arsenal Fan TV.

"They offered him to Italian clubs, also to Atletico Madrid, also to Paris Saint-Germain, they all said 'no'.

"It's the same for Inter Milan and Tottenham for Tanguy Ndombele and Milan Skriniar.

"Inter say he is €60m and Tottenham say for me he is €30million but it's a big problem if you want to do a swap deal.

"The same is happening for Guendouzi.

"They have made an important valuation on the player of around €40million.

"To go to Paris Saint-Germain, to Atletico Madrid to Juventus offering the player.

"They were looking for a swap deal but couldn't find any agreement, which I think is normal. In this summer, I don't think anyone will pay €40m for Guendouzi."

Edu decides on next moves including Aouar

Arsenal sealed the return of Real Madrid midfielder Dani Ceballos on Friday evening, signing the Spanish midfielder on loan for the second season in succession.

The former Real Betis star enjoyed a fruitful stint whilst at the Emirates Stadium last season and head coach Mikel Arteta, who will take his Gunners side to Craven Cottage to face newly-promoted Fulham on the opening day of the new Premier League season next Saturday, was keen to work alongside him once again.

Ceballos' return to North London took Arsenal's tally of new additions for the summer to five, with deals having already been concluded for Cedric Soares and Pablo Mari, who were both on loan at Arsenal last term, as well as Lille defender Gabriel Magalhaes, who has joined the Gunners for £25million, and former Chelsea winger Willian.

Meanwhile, it has been reported that Arsenal are 'in talks' with Houssem Aouar.

Newcastle United have been linked with a move for Arsenal striker Eddie Nketiah.

According to The Telegraph, the Magpies are after a loan striker this summer, and Nketiah could be that man.

Though, Newcastle are also keeping tabs on Liverpool's Rhian Brewster, who could yet leave Anfield on loan.

He told Sportexpressen: “Milan had known about me before and had seen me in some international matches with the youth national team, I think a year ago,” he said.

“I told my agent then that I did not want to go to Milan. Then I knew that also Arsenal and also Bayern Munich were interested, especially Arsenal wanted to invest in me.

“Things went better and better for me and I did well with Hammarby. Milan continued to track me. But I kept saying that I was not going to Milan because I was still set for a move to England and Arsenal then.

“At the end, I chose Milan. I went with my gut feeling, even though I knew that Arsenal agreed a deal with Hammarby. Once I got there [to Milan], everything was amazing. I visited Milanello and the facility is awesome."

Arsenal frontman Alexandre Lacazette continues to be linked with a summer exit.

And according to transfer expert Fabrizio Romano, a secret transfer meeting was held in London for the Frenchman to discuss a possible move amid interest from Atletico Madrid and Juventus.

"I believe that he will stay," Romano told YouTuber Lee Gunner in an interview.

"For sure his agents are speaking with many clubs.

"They won't pay this fee but the Juventus director Fabio Paratici was in England some days ago.

"He had a meeting with his agent but they did not find an agreement.

"In this moment I would have to say Juventus is a no. Inter is a no too, they will go with Lautaro [Martinez] and [Romelu] Lukaku next season so they are not going for Lacazette."

Serie A giants Napoli are eyeing a move for Arsenal defender Sokratis Papastathopoulos.

The Greek international is heading into the final year of his contract at the Emirates Stadium and he has been linked with a move away.

It seems Napoli are at the front of the queue, but they want to sign Sokratis for free, according to Sky Italia.

To do that, they may have to wait until next season, unless Arsenal really did want to get his wages off the books at all costs.

Arsenal are still in the race to sign Real Madrid defender Sergio Reguilon.

According to Marca, Real Madrid's decision on whether or not to let Reguilon go this summer is imminent.

It's possible the full-back, who spent last season on loan with Sevilla, earning a top four finish and winning the Europa League, could leave on loan or permanently.

Arsenal and Man United are said to be interested, awaiting Real's decision in the coming days.

Dani Ceballos is once again an Arsenal player.

The Spanish midfielder spent last season on loan from La Liga giants Real Madrid and finished the campaign as a regular in Mikel Arteta's engine room - often alongside Granit Xhaka.

'Our new no.10 is coming!' - Arsenal fans in meltdown after spotting Mesut Ozil ...