Man United have hit rock bottom in the post-Sir Alex Ferguson era and their most successful manager of the last seven years was responsible for it. 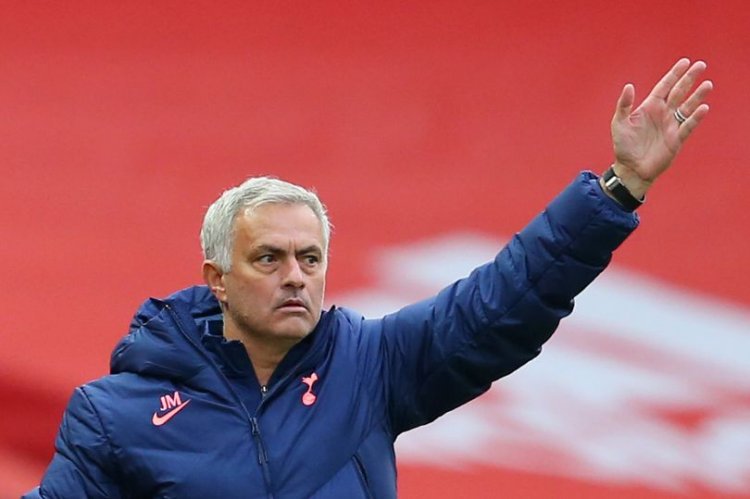 Mourinho made a winning return to Old Trafford

Jose Mourinho expects a reaction from Manchester United to their humiliating 6-1 thrashing by Tottenham and says they are signing one of the 'top strikers in the world' in Edinson Cavani.

Mourinho returned to his former club to inflict a joint-worst defeat on United in the Premier League era and fuel tensions within the club and among the fanbase.

United supporters have been disgruntled by a lack of reinforcements but the club is expected to announce the signings of Cavani and Brazilian left-back Alex Telles on deadline day.

Mourinho expressed sympathy for opposite number Ole Gunnar Solskjaer and bullishly predicted United would react positively to their humbling.

"I have sympathy for Ole because of the result. I don't remember that I lost by [conceding] six but I lost by five and I lost by four, I know how it hurt.

"I know it's very, very important the winning manager shows sympathy. Of course, I want to win by seven, not by six, don't get me wrong. But sympathy in our behaviour. Today was him, tomorrow it's me.

"I can imagine tonight he is not going to sleep very, very well, but this is the hard life for us. But when I look to his team there was an evolution, it's not like he arrives here and the team is improving. They have good players, bought young players. If it's true that Cavani is coming, Cavani is one of the top strikers in the world.

"I feel sympathy for the result, apart from that no sympathy because he has an incredible job. The players will stick to him if he feels the players like him and will stick with him. They will react, for sure."

United were reduced to 10 men in the first-half when Anthony Martial was dismissed for lashing out at Erik Lamela and Eric Bailly and Luke Shaw were fortunate not to be dismissed in the second-half for crude challenges.

Mourinho was visibly shocked by Shaw's deliberate foul on Lucas Moura but felt referee Anthony Taylor was sensible in not sending him off.

"But I agree with Anthony Taylor not to show more red cards for them because that would be a disastrous situation for them. For example, the Luke Shaw red card, okay, that's it. The situation between Lamela, Pogba and Martial, I don't know."