The latest Chelsea transfer rumours including the latest on N'Golo Kante 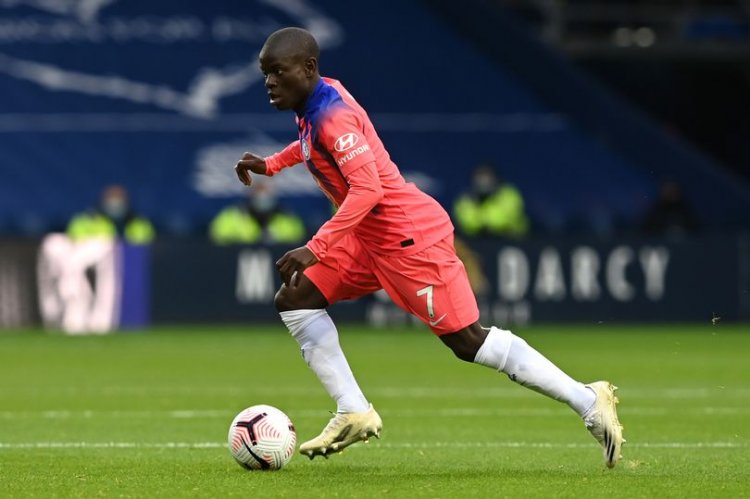 Chelsea will look to book a place in the quarter-finals of the Carabao Cup on Tuesday.

Frank Lampard will come up against former boss Jose Mourinho when the Blues face Tottenham Hotspur.

The Blues were made to settle for a point in the Premier League on Saturday evening. After falling 3-0 down inside 27 minutes at The Hawthorns, goals from Mason Mount, Callum Hudson-Odoi and Tammy Abraham in the second half earned Lampard’s side a point.

Tottenham were handed a bye into tomorrow’s fourth round tie after a number of Leyton Orient’s players tested positive for coronavirus last week.

Having already signed a number of players this summer, many of Lampard’s squad have been linked with an exit out of Stamford Bridge before the transfer window closes.

Manchester United have reportedly made an enquiry to sign midfielder N’Golo Kante.

The Mirror suggest that the Red Devils are keen on signing Kante following Chelsea’s multiple additions to their squad this summer.

Ole Gunnar Solskjaer is said to be an admirer of the World Cup winner. However, any move is said to rest on whether or not Kante would take a pay cut.

German defender Antonio Rudiger has been linked with an exit to multiple clubs after being frozen out so far this season.

West Ham United are the latest team to have been linked with an interest in Rudiger, who has spent the last three years at Stamford Bridge.

AC Milan have also been linked with the ex-Roma defender and The Sun suggest that West Ham are keen on a loan deal.

Everton are said to be keen on plotting a move to be re-united with Kurt Zouma.

The French international has previously played for the Toffees on loan and le10 sport suggest that Everton would need to pay 40 million Euros to sign Zouma permanently.

Zouma was not in Chelsea’s squad that drew against West Brom at the weekend.

Arsenal to make announcement on cash injection to fund ...