Jadon Sancho is Man United's top transfer target this summer but the deal is continuing to stall and more transfer rumours. 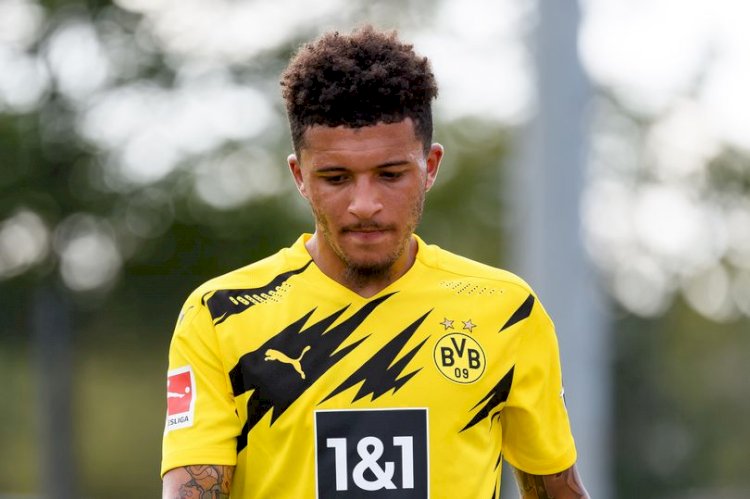 Manchester United are worried that they will face much stiffer competition for Jadon Sancho next year if they don't sign him this summer, according to reports.

Though United are also looking at a number of left-backs, attacking signings remain the priority in the current window and Borussia Dortmund star Sancho is still the club's top target.

There was progress last week in negotiations over Sancho's personal terms and agent costs, but the two clubs remain at a stalemate due to a 'fundamental gap' between them.

While United haven't given up on the transfer they are also adamant that they won't pay the Bundesliga club's €120million valuation upfront for the 20-year-old.

Should Sancho not arrive at Old Trafford this summer then, according to ESPN, United are fearful that it might be even tougher to sign him next year.

It's reported that the financial impact of the COVID-19 pandemic has seen United become the front-runner to sign the former Manchester City man but that European heavyweights such as Real Madrid, Barcelona and Liverpool may be in a position to offer strong competition in year's time.

The report then adds that, ahead of the October 5 deadline, United are exploring loan moves for Douglas Costa, Kingsley Coman, Ivan Perisic and Gareth Bale as alternatives.

However, according to reports elsewhere, Bale isn't interested in leaving Real Madrid on loan this summer.

Bale is not wanted by manager Zinedine Zidane and there were reports that Madrid would be willing to pay half of his wages to secure his departure on loan - with the Welshman once again being linked to United.

However, according to the Daily Mail, Bale isn't looking at leaving the Bernabeu on a temporary basis. Though it's unlikely that he is a target for United anyway.