Arsenal's search for a Emiliano Martinez replacement has seen them linked with a move for Dijon goalkeeper Runar Alex Runarsson, and there's an update on his future 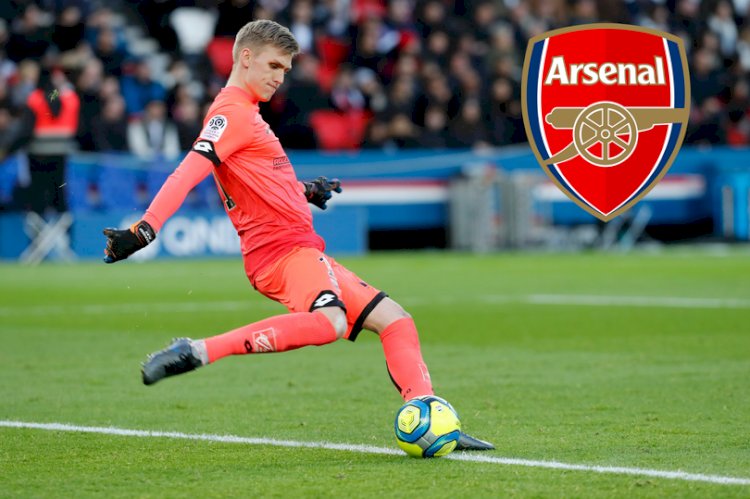 Runar Alex Runarsson has been linked with a move to Arsenal. (Image: Catherine Steenkeste/Getty Images)

JoriPress understands that a £20m deal taking the goalkeeper to Aston Villa is now done, with only final formalities needing to be agreed between Martinez and the Gunners before his departure is officially confirmed.

With the 28-year-old on his way out of the Emirates Stadium, a spot will open up to become Bernd Leno's understudy and plans are in place to fill the void.

According to The Telegraph, the Gunners are interested in signing Runar Alex Runarsson as a replacement for Martinez and the report states they have opened talks with Dijon over a deal.

Furthermore, it would appear that there shouldn't be a problem in getting a transfer - said to be in the region of £1.5m - over the line before deadline day.

Speaking about the Iceland international in the middle of May, Dijon sporting director, Peguy Luyindula, admitted that Runarsson was likely to leave this summer in the search of regular football.

"Runarsson is a number one goalkeeper, so he’s going to want some playing time," Luyindula said, as per L'Equipe.

This is because Runarsson lost his place in the side to Alfred Gomis last season, making just 11 appearances in Ligue 1 and has been an unused substitute in each of the three league games at the start of the new campaign.

However, it would appear that Runarsson is the preferred goalkeeping option.

Arsenal have signed Willian and Gabriel Magalhaes on permanent deals so far this summer, with Dani Ceballos returning for another season-long loan from Real Madrid.

Thomas Partey, Houssem Aouar and Odsonne Edouard are just some of the names linked with moves, while Lucas Torreira and Sokratis could be on their way out if reports are to be believed.

Arsenal to make announcement on cash injection to fund Thomas Partey and Houssem...