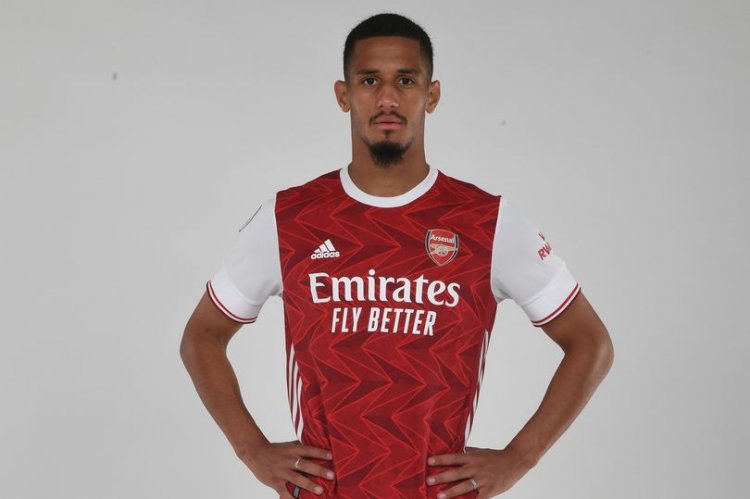 William Saliba could be allowed to leave on loan (Image: Stuart MacFarlane/Arsenal FC via Getty Images)

Arsenal are reportedly willing to let William Saliba leave the club on loan before next week's transfer window deadline.

The teenage centre-back joined Arsenal from Saint-Etienne last summer, before staying at the French club for a season-long loan spell.

Saliba was expected to establish himself in Arsenal's first team set-up this season, and fight for a place in Mikel Arteta's plan but so far the defender is yet to play a single minute in any competition.

And according to Goal, Arsenal are ready to grant the 19-year-old a loan move in order to secure regular playing time and aid his development.

The report claims initial talks have been held with Rennes, although no agreement has yet been reached.

Some Arsenal supporters took to social media to react to the report, with many unhappy that such a talented young player was not going to be used by the club this season.

One fan tweeted: "Huge mistake!" Another wrote: "If this is true maybe Mikel Arteta feels he's not quite ready mentally and physically for the Premier League yet."

A third posted: "Why not think about sending Holding, Chambers, Mustafi, Sokratis or Mari away first?!"

Speaking after watching his side beat Liverpool on penalties in the Carabao Cup fourth round, Gunners boss Arteta was asked about Saliba's omission from the squad.

“He had a year last year where Arsenal loaned him to Saint-Etienne and that was a transition year for him.

"For many reasons, that wasn't the transition year that he needed because he had a lot of injuries, some personal issues and also with Covid and the French league getting cancelled, he didn't have that year.

"He needs that year of transition and we are trying to make the right decisions for him to give him the best transitional year for him to have the player we want in our future."