The Argentine goalkeeper impressed in the closing stages of the 2019/20 season for Arsenal, after Bernd Leno sustained an injury in the first game post-lockdown 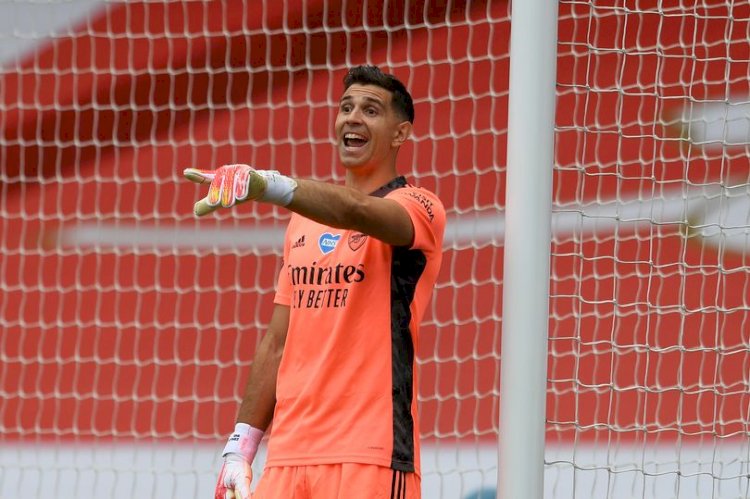 Emiliano Martinez has completed a move from Arsenal to Aston Villa after the two clubs agreed a deal.

As reported by Birmingham Live, the fee is said to be in the region of £20m and the goalkeeper was set to undergo a medical on Saturday.

And JoriPress understands that the deal is now done, with Martinez set to be confirmed as an Aston Villa player imminently after signing a four-year deal.

The writing was effectively on the wall for Martinez after he was left out of the Gunners' matchday squad against Fulham and Mikel Arteta confirmed the decision was transfer related.

Although, they have been aware that the goalkeeper wants regular first-team football in order to commit his long-term future to the club.

Brighton & Hove Albion were also linked with a move for Martinez, but Aston Villa have won the race to sign him.