Manchester City have agreed a deal to sign Portugal defender Ruben Dias from Benfica for £65m. 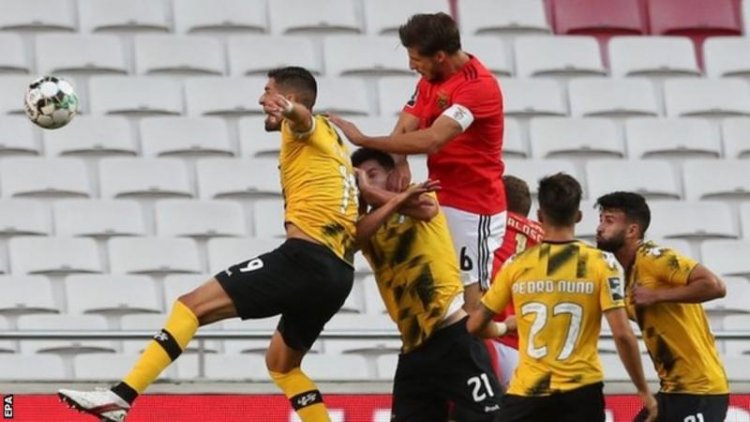 City's Argentina centre-back Nicolas Otamendi, 32, will go the other way for about £13.7m in a separate transfer.

On Sunday night Benfica released a statement confirming the two transfers but said contracts still need to be signed by the players.

Dias, 23, was captain for Benfica's win over Moreirense on Saturday and hugged team-mates and sporting director Rui Costa at the final whistle.

After the match, Dias - who had scored his 12th goal for the club in 133 appearances - told Benfica TV: "It was a very important game for me and being able to mark it with a goal was very special.

"I believe that everyone already has an idea why I hugged Rui Costa."

The failure to secure a replacement for former skipper Kompany was seen as a major reason for City not putting up more of a challenge to Liverpool in last season's Premier League title race.

Napoli's Kalidou Koulibaly, 29, was initially City's top target this summer, but the Italian club wanted £80m for the Senegal defender, which City were not prepared to pay.