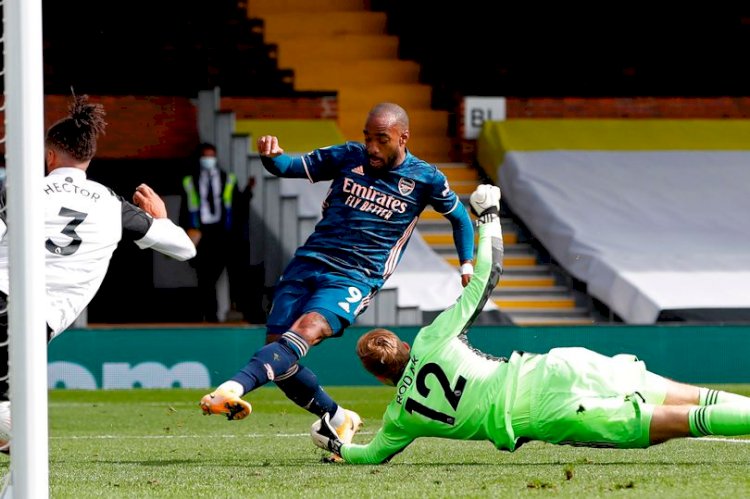 The Arsenal striker was handed a chance in his favoured number nine role and netted the Gunners' first goal of the new season after bundling the ball past Marek Rodak in the eighth minute.

And in doing so, the French forward became the first ever player in top flight history to score on the opening day of the season in two separate campaigns.

Lacazette did the same on the first day of the 2017/18 season against Leicester City, when he headed in the Gunners' first goal in a 4-3 win.

It was the striker's first goal for the club, after only joining the north London side that summer from Lyon in a £50million deal.

The 29-year-old has enjoyed some success at the Emirates, winning the club's player of the season award in 2018/19 season, and winning the FA Cup last campaign.

But Lacazette has been linked with a move away from north London, with reports claiming Atletico Madrid and Juventus are both interested in signing the former Lyon forward.

There have also been reports that Arsenal have offered him to Atletico in a bid to sign midfielder Thomas Partey.

"If it's true, no, it's not pleasing," Lacazette responded, after being asked.

"But what counts are the choices of the coach and having his confidence. It's him who picks the team, not the directors in their offices, and I know I've got his confidence."

Did FOX pay bribes to win World Cup rights? US court to...