Nicolas Opio has a right to talk to his lawyer, his family and to know his charges. If no answer is given we shall proceed to court to find remedies to produce him. 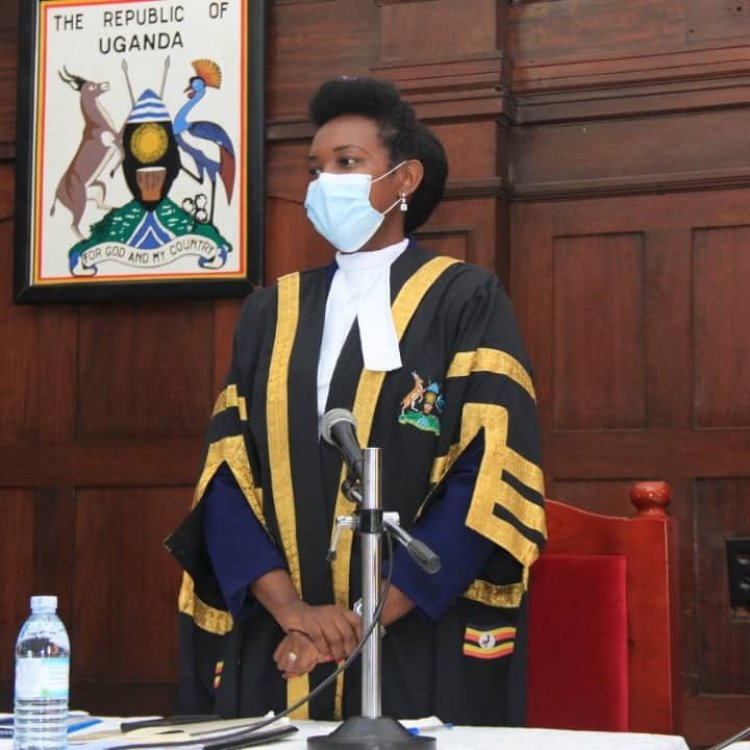 Uganda Law Society (ULS) has condemned the arrest of their fellow member Nicolas Opio of Chapter 4 by security agents, and demanded that he be produce to court and ascertain the charges against him.

The President of Law Society, Pheona Wall, during a press conference held at Serena on Tuesday 22nd December 2020, expressed concern over the arrest of their member Opio Nicolas, who she said was arrested highhandedly without respecting his civil liberties including seeing his laywer, talking to his family among others.

This follows an arrest of Human Rights Lawyer Opio Nicolas (in picture above) on Tuesday from Lamaro restaurant located in Kamwokya, where he was handcuffed and taken to an unknown location by security agents.

She said that if he has committed any crime, be he should be brought to court as the law states,

“Nicolas Opio was picked by law enforcement officers. The details of his whereabouts are unknown. As Uganda Law Society we believe that the arrest was unnecessary and highhandedly. They should respect his basic civil liberties. Detaining incommunicado is illegal” she said

Wall added that ULS will follow up the case to bring the perpetrators to book. “Opio has a right to know his charge, talk to his lawyer, police bond. If no answer is given we will proceed to court to find remedies to produce him” she said

Comedian Eddie Kigere gutted by the loss of his mother

Bebe Cool said I’m lucky but I know what I’m doing, you...

Jingo Sho is set to be introduced by his fiancée, Ruth ...