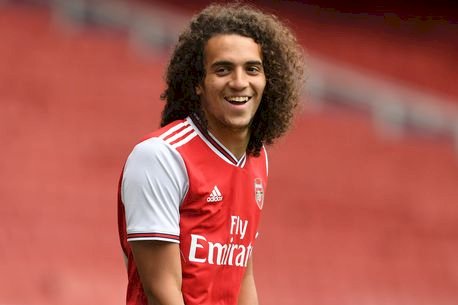 It’s been an impressive start to the Premier League season for Arsenal, as they made it two wins from as many games on Saturday against West Ham United.

The Gunners will face their toughest test yet next week, though, as they make the trip up to Liverpool to face last season’s champions.

Mikel Arteta and the Arsenal board have had a busy summer so far in terms of incomings, and with two weeks left of the transfer window, there is set to be even more change at the Emirates Stadium.

With that being said, we’ve taken a look at the latest rumours regarding incomings and outgoings in north London.

Arsenal midfielder Matteo Guendouzi has informally requested a move away from the club, according to L’Equipe, via Tribal Football.

Guendouzi has seemingly fallen out of Arteta’s plans at the Emirates, and is yet to make an appearance for the club this season.

After a heavily publicised argument with Brighton forward Neil Maupay, the Frenchman has now fallen down the pecking order at the Gunners - and now looks set to leave the club.

The 21-year-old has informed the club’s board that he would like to move away before the transfer window shuts in a fortnight.

Arsenal have completed the signing of Dijon goalkeeper Runar Alex Runarsson on a four-year contract, the club have confirmed.

The Gunners have signed Runarsson on a long-term contract to provide back-up to Bernd Leno following Emiliano Martinez’s switch to Aston Villa.

rentford shot-stopper David Raya was being looked at by the club, but the Bees were determined to keep hold of their number one.

The Icelandic ‘keeper played 11 times in Ligue 1 for the French club last season - recording just one clean sheet along the way.

Torreira no longer a priority for Torino

Arsenal midfielder Lucas Torreira is no longer a priority signing for Serie A side Torino, but Atletico Madrid are interested, according to Sky Sports.

The Gunners and the Italian side were discussing a potential season-long loan deal for the Uruguay midfielder, with an option to make it permanent.

However, Torino have now backed out of a deal, despite Arsenal’s willingness to move him on and fund moves for other players.

Torreira is a target for Atletico, however, with reports in Spain suggesting that the 24-year-old is an active target of Diego Simeone’s.