Arsenal transfer news and rumours with the latest on Thomas Partey, Houssem Aouar, Matteo Guendouzi and much more 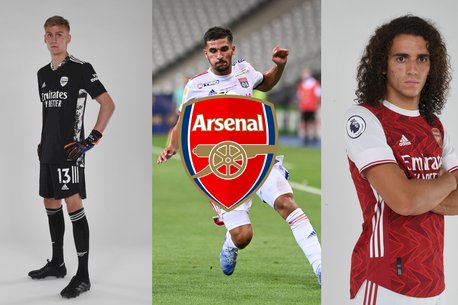 So far in the summer window, the Gunners have completed the signings of Willian, Gabriel Magalhaes, Dani Ceballos and Alex Runarsson, but Mikel Arteta's side are looking to complete other deals.

A midfielder is also on the agenda, with Atletico Madrid's Thomas Partey a target, whilst Lyon's Houssem Aouar has also been linked with a move to the Emirates Stadium in recent weeks.

There also looks to be some outgoings, with the likes of Matteo Guendouzi, Shkodran Mustafi, and Lucas Torreira all linked with moves away from north London.

Offloading midfielders Mesut Ozil and Lucas Torreira will be key in Arsenal securing a deal for Lyon’s Houssem Aouar, according to Caught Offside.

The French club are said to be looking for a fee in the region of £59.9 million, a figure that is above the budget of Mikel Arteta’s team.

The club however could raise the funds by selling Ozil and Torreira, neither of which are expected to play a big part for the club this season.

Arsenal midfielder Lucas Torreira is no longer a priority signing for Serie A side Torino.

But Atletico Madrid are interested, according to Sky Sports.

Folarin Balogun is of interest to a host of clubs but so far Arsenal have not agreed a deal to sell their young striker.

Matteo Guendouzi has now requested a transfer from Arsenal.

That's according to L'Equipe, who say Guendouzi has submitted a formal transfer request.

Mikel Arteta has now been keen on the midfielder's attitude since taking over, and an exit always looked likely in this window if Arsenal could find the right buyer.