The latest Arsenal transfer news and rumours on Houssem Aouar, Thomas Partey and much more 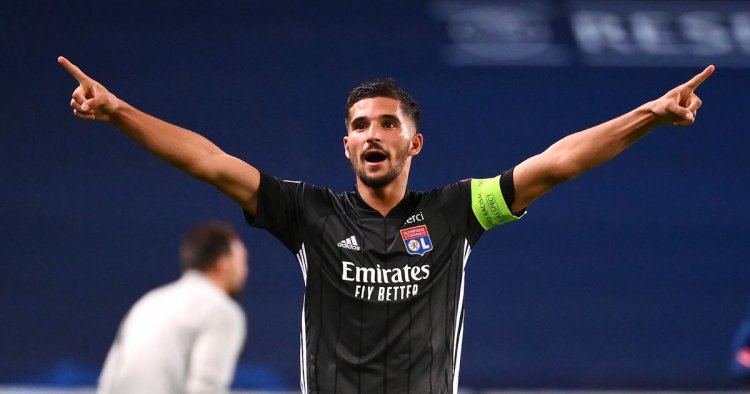 Arsenal continue to work on a deal for Houssem Aouar

The Gunners host Sheffield United on Sunday but their minds will also be looking towards Monday's transfer deadline day.

It looks like it will be a busy couple of days for the Gunners as they look to strengthen Mikel Arteta's squad, with Thomas Partey and Houssem Aouar leading the rumour mill.

Houssem Aouar continues to be one of Arsenal's main targets but some alternatives to the French midfield have started to be floated as negotiations with Lyon drag on.

A move for Chelsea's Jorginho has been mooted but it remains to be seen whether the Stamford Bridge club would be willing to do business with their rivals.

Elsewhere, Lucas Torreira has reportedly said his goodbyes to Arsenal teammates ahead of his move to Atletico Madrid, whilst Southampton and Fulham are both interested in taking youngster Emile Smith-Rowe on loan.

Follow below for all the latest Arsenal transfer news and rumours throughout the day.

L'Equipe report that Real Madrid have joined the race for Houssem Aouar.

The French midfielder is said to be interested in moving to the Bernabeu and linking up with manager Zinedine Zidane.

Real would be keen to take Aouar on loan with an option to buy - a prospect Lyon are said to be open to.

"I have no doubts he's a great player, maybe one day he could play for Real Madrid, but right now we have this squad and my focus is on the players I have now."

Amid rumours of Chelsea's interest in Thomas Partey, Arsenal fans think that could mean Jorginho is on his way to the Emirates.

Saliba to leave on loan?

Arsenal could let William Saliba leave on loan before Monday's transfer deadline with a host of French sides interested in his services.

That is according to the Guardian.

The Ghana international has been linked with a move to the Premier League this summer, but could Chelsea pip their London rivals Arsenal to this deal?

Well, according to the Guardian, it's possible.

The report states that the west London outfit could look at alternatives to West Ham United's Declan Rice as they try to land a defensive midfielder before the transfer window closes.

Furthermore, it's claimed that one option could be Partey, who has a £45m release clause in his contract at Atletico.

football.london understands the midfielder is to move to the Spanish side on loan.

Arsenal were in favour of a permanent deal but Atletico did not want to commit so the deal isn't likely to have an option to buy.

It has been reported that the Gunners will launch a late loan move for the Italian midfielder if they are unable to secure a deal for Aouar.