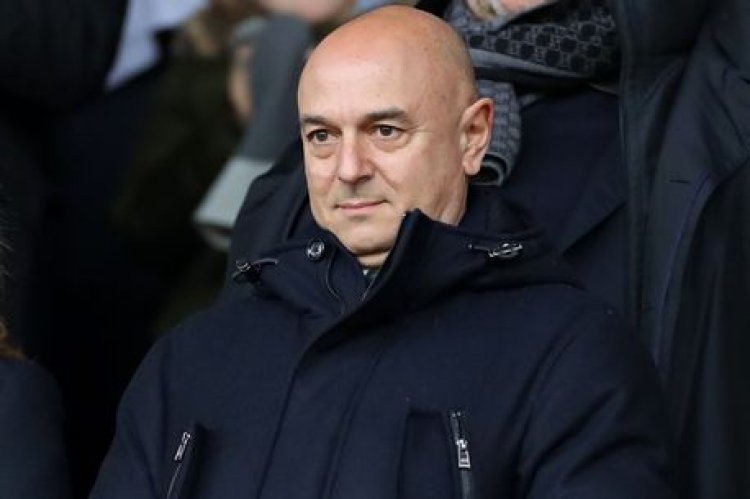 Spurs were heavily linked with a swoop for the towering 22-year old centre back, but with Swansea City holding out for a higher fee, talks went right to the wire.

Tottenham chairman Daniel Levy has been credited with breaking the deadlock between the two clubs, as Steve Cooper’s side dropped their asking price from £18m, and Jose Mourinho praised Levy’s ‘genius' in getting the transfer completed.

"What the club did for the team was amazing. In such a difficult period, I always believed we were not able to reach some of the targets, some of the needs, the club made an incredible effort.

"Mr Levy showed once more that when he wants to and when he is really involved he is a genius in the way he makes deals happen.”

Rodon has penned a five-year deal at the Tottenham Hotspur Stadium and will wear the No.14 shirt for Mourinho’s side.

Jose Mourinho was in a mischievous mood in his pre-match press conference ahead of this weekend’s Premier League clash with West Ham.

Mourinho refused to confirm or deny whether Gareth Bale would make his second Spurs debut against David Moyes side, stating only that the Welshman is now back up to full fitness.

He also confirmed England international Harry Kane is fit to start but Eric Dier requires a late check in the next 24 hours.

“Of course he (Bale) wants to play. He’s wanted to play since the day he arrived, and it was not possible,” he said. “I'm not going to tell you if he will play or not. What I can tell you is that he's working very well - probably he's working the way he was not able to do for quite a long time.

“The last week and this week, especially Monday or Tuesday, the planning of the sessions had a big focus on him. And he's in a pretty good condition. Is he playing Sunday or Thursday? I don't know and neither does he.

“Kane arrived not injured, he arrived in condition to start the match on Sunday, and that is the most important thing for me."

Tottenham supporters have taken to social media to express their delight at the club securing a deadline day deal for Joe Rodon.

Spurs were heavily linked with a move for the Welsh centre-back in recent weeks with Mourinho determined to secure another defender for the long 2020/21 season.

Rodon has now put pen to paper on a five-year deal in north London, and fans are confident the 22-year old can play a key role this season

Arsenal in advanced talks for cash injection to fund Th...