The latest Arsenal transfer news and rumours live on the likes of Houssem Aouar, Shkodran Mustafi, Lucas Torreira and much more 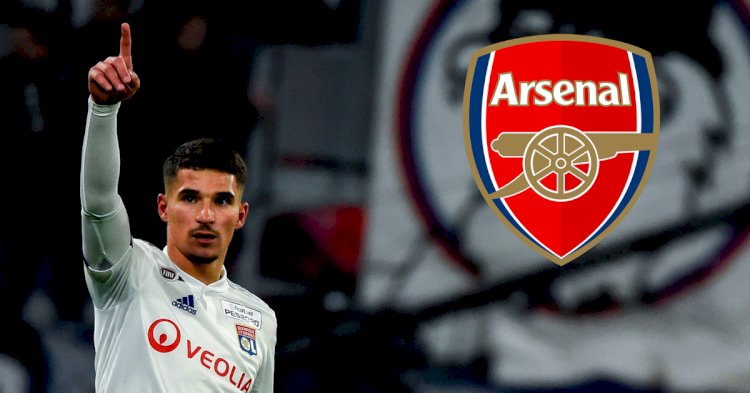 Houssem Aouar has been linked with a move to Arsenal. (Image: JEAN-PHILIPPE KSIAZEK/AFP via Getty Images)

Arsenal have made a solid start to the 2020/21 campaign but know more must be done in the summer transfer window to improve.

Mikel Arteta does not have the funds available to him such as Chelsea manager Frank Lampard but the Gunners are still making some noise in the transfer market.

So far in the summer window, the Gunners have completed the signings of Willian, Gabriel Magalhaes, Dani Ceballos and Alex Runarsson, but Arteta's side are looking to complete other deals.

A midfielder is also on the agenda, with Atletico Madrid's Thomas Partey a target, whilst Lyon's Houssem Aouar has also been linked with a move to the Emirates.

Meanwhile, Matteo Guendouzi, Shkodran Mustafi, and Lucas Torreira have all been linked with moves away.

Scroll down to catch up on all of today's updates.

Edu has a secret plan for the pursuit of Houssem Aouar, according to reports.

Edu and Mikel Arteta have leverage in their pursuit of Lyon star Aouar. Edu has a strong relationship with his Lyon counterpart and fellow countryman Juninho, which could benefit Arsenal.

Meanwhile, Shkodran Mustafi and Lucas Torreira continue to be linked with exits from Arsenal. Mustafi could leave in a potential £11 million move to Lazio, while Torreira may join Torino for £22 million.

According to French outlet L'Equipe, Arsenal made an offer of cash plus Matteo Guendouzi for the 22-year-old midfielder.

The report claimed Arteta is believed to be a big admirer of the player’s talents, and it was director Edu who made the offer verbally over the telephone.

"There will be departures, but I am not worried. When you have players who play very well in a competition like this, like Moussa and Houssem...

"We will have to show the same spirit to be back in the Champions League next season."

Seven players who could leave Arsenal on transfer deadl...