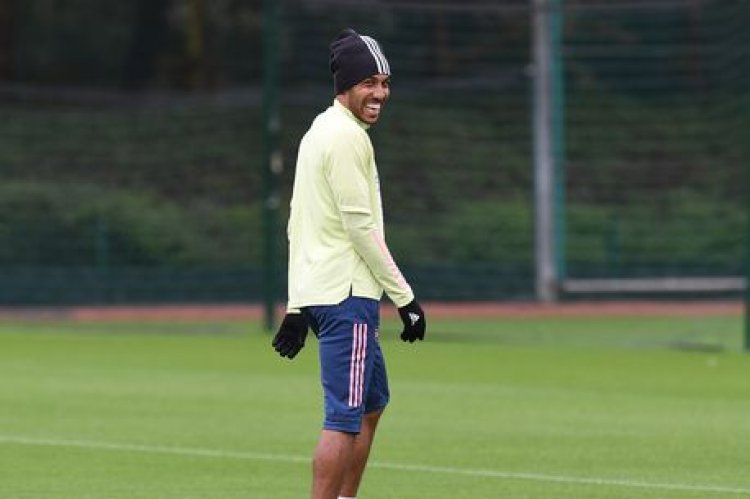 Arsenal captain Pierre-Emerick Aubameyang is expected to be fit to face Manchester City today despite withdrawing from the Gabon squad during the international break.

The 31-year-old suffered an ankle injury in the win over Sheffield United and, as a result, was not deemed fit enough to take on Benin in a friendly.

Gabon coach Patrice Neveu said: "Aubameyang suffers from a small sprained ankle, contracted on Sunday, during the Premier League match against Sheffield [United]. The Arsenal doctor sent me a certificate indicating his unavailability. He is in care for a week."

Aubameyang has, however, been training with Arsenal this week and should be ready to take on Pep Guardiola's side at the Etihad Stadium.

Thomas Partey could be handed his debut following his deadline day move from Atletico Madrid while Kieran Tierney should be available despite the full-back being advised to self-isolate after coming into close contact with a Covid-positive teammate on international duty with Scotland.

Defenders Pablo Mari, Calum Chambers and Shkodran Mustafi all remained sidelined, as does striker Gabriel Martinelli, although the latter could be back in training soon after making rapid progress in his rehabilitation.

Wenger reveals his one Arsenal regret

Legendary Arsenal manager Arsene Wenger has opened up about his time in north London – and highlighted his one big regret.

The Frenchman guided the Gunners to success in the Premier League, FA Cup, League Cup and Community Shield.

But he never got his hands on the Champions League trophy, despite coming close to beating Barcelona in a dramatic final 14 years ago.

Sol Campbell put Arsenal ahead that day in Paris despite being the Gunners being down to ten men after Jens Lehmann was sent off. However, goals from Samuel Eto’o and Juliano Belletti broke their hearts.

But would Wenger swap that golden Invincibles trophy for a Champions League winners medal?

"Yes, but in football you have not the choice,” he told talkSPORT. "We went to the Champions League final in 2006 and eliminated a big Rea Madrid team and a big Juventus team without conceding a goal.

“Then, in the final, we were down to 10 men after a few minutes, you know.

Manchester City have been handed a major boost ahead of today’s clash against Arsenal after striker Sergio Aguero was passed fit to return.

The Argentine striker has been out of action since June after suffering a knee injury, but TYC Sports report he has completed his recovery and is ready to return against the Gunners.

Guardiola will, however, have a problem to solve with Kevin De Bruyne ruled out of the game with a muscle injury.

The midfielder suffered the knock during Belgium's 2-1 defeat to England in the UEFA Nations League during the international break.

Nick Pope labeled 'best goalkeeper in the world' by Gui...

How to buy soccer tickets