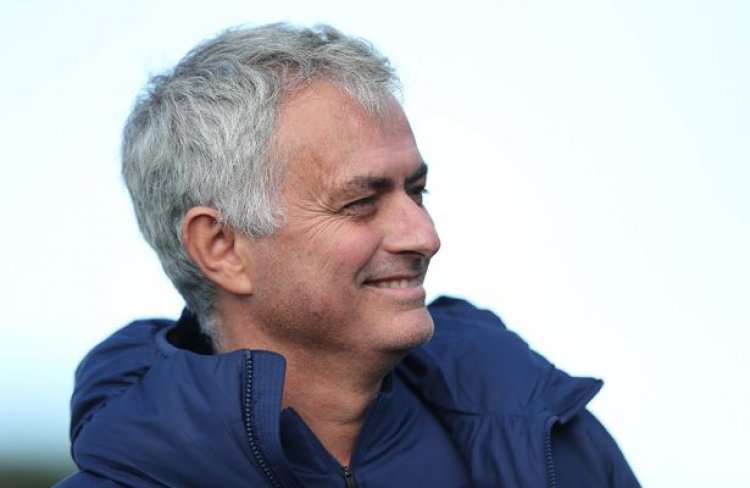 Is everyone fit after international break?


Apart from Eric Dier yes, so Eric is the only one that arrived with a problem. A problem that maybe - it's still 1230 on Friday so too early - will keep him out of the West Ham match. Maybe but not definitely.

Maybe but not definitely?

Are you happy with the way England used Harry Kane?

He arrived not injured, he arrived in conditions to start the match on Sunday, and that is the most important thing for me.

Gareth Bale, will he make his second debut? Does he want to play?

Of course he wants to play. He wanted to play since the day he arrived, and it was not possible.

I'm not going to tell you if he will play or not. What I can tell you is that he's working very well - probably he's working the way he was not able to do for quite a long time.

The last week and this week, especially Monday or Tuesday, the planning of the sessions had a big focus on him. And he's in pretty good conditions. Is he playing Sunday or Thursday? I don't know. He doesn't know.

We haven't made a decision yet, but what I can say is the same thing I told you yesterday: the team is the most important thing. To win against West Ham is the only thing that matters in this moment. Every player is a really important player, but the Gareth situation is quite special because of his history in the past couple of seasons.

We care as much about him as he cares about Tottenham, and we are going to make the best decision for him and for the team.

How great is it to see him with a big smile on his face?

So if he's happy with us and then he goes home, and he can share that happiness with family, it's the best thing that can happen to him. But he needs his football, he needs to feel like a top player again.

You've never lost a Premier League game to David Moyes, what job do you think he's doing at West Ham? Is he starting to point them in right direction?

No doubt, no doubt. I think he has his staff that he feels empathy, he feels confident with. Of course coming in the middle of the season like we did, because it happened the same to me is never easy.

We come like firemen to the house when the house is on flames. It's difficult. But then the next season is a different season so you've got some new players, I think he's getting another great player from Brentford.

They have stability, they know him. He knows them. they are getting results. The performances are very positive.

Some critics of last season about being too defensive, which I don't agree because in the context they were in last season, every point was a crucial point.

This season they are showing they have a completely different philosophy. Very good team, very difficult opponent and a big game for us because we need to win. The points we got they were all away.

At home one defeat and one draw, and we have to try to make our house, even without fans, a very difficult place for everybody to come.

With Bale, you can't change a winning team can you?


If Dier cannot play I have to change. Every match is a different match, I think it is quite an old saying that team that win you don't touch. You can touch, because matches are different matches. In our case we are going again to a succession of matches where I want the players to think only about one but I have to think of the series of matches we are going to have. I have to build teams ready to compete in every competition and every match.

What they did for the team was amazing. In such a difficult period where I always believed we were not able to reach some of the targets, some of the needs, the club made an incredible effort. Mr Levy showed once more that when he wants and when he is really involved he is a genius in the way he makes deals happen.

I can only publicly thank them for what they gave to the team. Now it is for me, my staff and players to answer in a positive way and have a good season.

What are your thoughts on Project Big Picture?

Project is dead, rest in peace. Not much to say about it, does football especially the biggest football in the world which is in this country, has to be re-thinked? Of course, yes, but of course it has to be good for everybody and not just for a certain elite. That project is dead, hopefully people can work on different projects but one which satisfies everybody.

What are you expecting from West Ham?

They have very powerful people in this moment of the game, the offensive set pieces, and they are defending with a back line of five and four in front, leaving Antonio up front. If they follow the same direction it is a really difficult opponent.

Fans are excited about Bale, Son and Kane playing together. How excited are you about those three?

Did you get all of your targets in the summer?


Almost but with football coaches it is always 'almost'. Apart from some ultra privileged guy that can get everything he wants, especially in one of these teams that do not comply with Financial Fair Play, for us is always “almost”. But it was fantastic, it was more than I was expecting.

In my analysis of the team's needs and evolution we were talking about different targets but I never thought we would go so far as we did, especially because of the moment and I can only praise what the board did for the team.

Is this the best strikeforce you've managed?

With the number of players, yes. Of course I had incredible attacking forces. I remember my first season in Inter, not the season we won the treble, the strikers were Ibrahimovic, Adriano and Hernan Crespo and I had these in more than one club.

Looking just at the attacking three positions, Kane and Vinicius, Son, Bergwijn, Lamela, Lucas and maybe I forgot somebody. Especially in these three attacking positions it is top quality and great numbers.

Why do you think you didn't feature in Arsene Wenger's book?


Because he never beat me. You are not going to do a chapter about 13 or 14 matches that you never win so why should he speak about me in his book. A book is a thing to make you happy and proud so I perfectly understand the situation.

Giovani Lo Celso and Japhet Tanganga both pulled out of international duty with injuries, will they be fit for the weekend?

No, no, they're still injured.

Will it be a long one?

How has Carlos Vinicius settled in and could he play any part on Sunday?


Yeah, he can play. Of course it's never easy to come from a different country with different football. It's never easy when you don't speak the language but incredible support and friendship immediately from some of the guys.

So, if you want to know, I can tell you that Harry Kane starts and Vinicius will be on the bench for Sunday.

You mentioned that Gareth has been working better than he has in a long time, is that a physical thing or an environmental thing?

It's a physical thing. He didn't have any pre-season and even in the period after the lockdown he didn't participate in much with Real Madrid.

Then he plays a couple of matches with Wales and he had an injury there. So it's not just about coming and needing a week of work to be at the level. It's more global than that. We don't want him to be rushed. We want him to feel comfortable, we want him to make the decision of 'yes I'm ready, yes I'm ready to go'.

It's more about that, but he's working so well. It's just evolution in every thing, every data and every aspect of his condition. He's there, he's there. Probably he plays Sunday, if he doesn't he will on Thursday, but he's there, he's very, very close.

A body language expert says you look happier and more energised than you have in a couple of years?

So they don't see I have an injury on my right shoulder? No? It's getting better.

But of course last season, as I was saying before, for me, for Moyes, for us guys who get the job mid-season, it's never easy and you get through problems and you have to adapt and last season was so difficult for us.

So of course there were moments when I was not happy. This season I'm happy. Totally happy with the squad that the club gave me.

This is the way we are working. There is not one single match this season where we don't want to win and aren't going to win. I said that before Manchester United, it could be that we went there and lost, like we did against Everton, and like we are going to lose other matches this season.

But to go with this feeling 'we want to win and only three points make us happy', was a good way of communicating with the players and we are happy this way. The players are enjoying this way that we are working, the way we are playing and let's go. At the end of the season we'll see what's happened, let's see what we did.

In this moment, match after match, nothing changes for us, only one target, we win the next match.

Where to find Milan vs. Roma on US TV

Where to find Girona vs. Barcelona on US TV