Some Arsenal stars could still be on their way out before the transfer deadline. 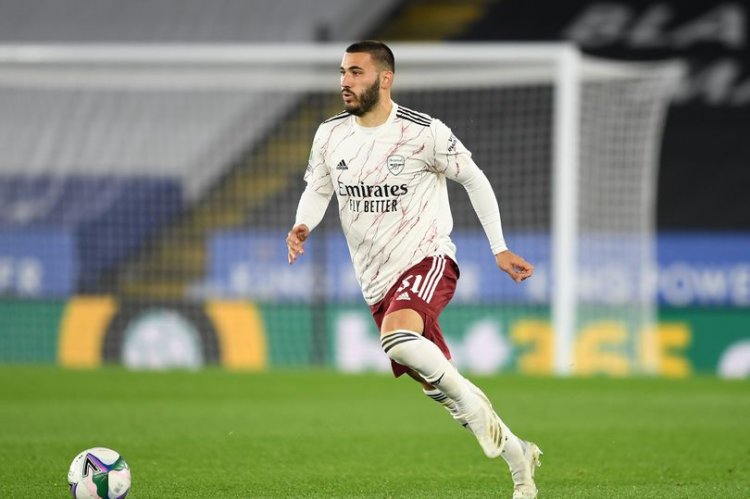 Sead Kolasinac could be one of the players to leave Arsenal soon (Image: Getty Images)

Arsenal, like many clubs, have had to work with limited funds throughout this transfer window.

That remains the case as the deadline approaches, and the Gunners will likely look to offload some fringe players on the final day, particularly if they hope to sign a new midfielder.

There are several players considered surplus to requirements, but some will probably prove more difficult to shift than others.

Here, then, we’ve taken a look at the Arsenal players that could head out of the exit door by close of play on Monday.

Torreira’s exit now seems to be a matter of when, not if. The Uruguayan midfielder has been seen in Madrid having a medical ahead of his proposed loan move to Atletico.

The deal is expected to include a future option to buy and, barring any unforeseen issues, should be announced very shortly, before tomorrow’s deadline.

It remains to be seen if Torreira’s departure will allow Arsenal to bring in another midfielder - with Thomas Partey and Jorginho linked - in his place.

There were hopes that Saliba might break into Arteta’s first team after impressing on loan at Saint-Etienne.

But he is behind David Luiz, Rob Holding and new arrival Gabriel Magalhaes in the pecking order and could again be sent out on loan before the window shuts.

Newly-promoted sides Leeds and Fulham are both believed to be interested, while a return to France remains a possibility.

Kolasinac was not in Arsenal’s squad for Sunday’s win over Sheffield United, fuelling speculation that he could be set to leave the club on deadline day.

Kieran Tierney has made the left side of defence his own, while Bukayo Saka has often been selected as a left wing-back in Arteta’s back five.

Kolasinac, then, seems to be dispensable, and has been linked with a return to the Bundesliga. Bayer Leverkusen, with money to spend after selling Kai Havertz, could be the club to take the Bosnia international off Arsenal’s hands.

Guendouzi’s days at Arsenal seem numbered, though whether he will be gone by Monday night remains to be seen.

The midfielder, who hasn’t played since an altercation with Brighton’s Neal Maupay towards the end of last season, is clearly no longer in Arteta’s plans.

A disciplinary meeting was held with Guendouzi after that game at the Amex, but the impasse between player and club continues.

Offloading him has so far proved difficult, though. The 21-year-old was reportedly offered to Lyon as part of a deal to sign Houssem Aouar, but the Ligue 1 side weren’t interested.

Marseille are the latest club rumoured to be interested, though manager Andre Villas-Boas has claimed the speculation is “not true at all”.

The future of Napoli defender Kalidou Koulibaly was expected to dictate where Sokratis ended up this summer. The former appears to be staying put, so a move to Italy looks to be off the cards for Arsenal’s centre-back.

The Gunners may find it difficult to find another suitor for Sokratis so late in the window, although Ligue 1 team Nice are said to be interested. Everton have also enquired about the Greek’s potential availability, but the Toffees are set to bolster their defence with the signing of Ben Godfrey from Norwich.

Another centre-back on the periphery at Arsenal, Mustafi could yet be sold if a club makes a late bid. Progress has been slow in Arsenal’s attempts to offload the Germany international, but the club continues to search for potential suitors.

Lazio are amongst the clubs believed to be interested in Mustafi.

Nelson is likely to be limited to a handful of first-team appearances this season, so a loan move could make sense.

Crystal Palace have been linked with the youngster, although manager Roy Hodgson revealed he doesn’t “know anything about it”.

Regardless of whether Palace is Nelson’s destination, it seems the 20-year-old is available on loan with time running out before the close of the transfer window.

Arsenal in advanced talks for cash injection to fund Th...