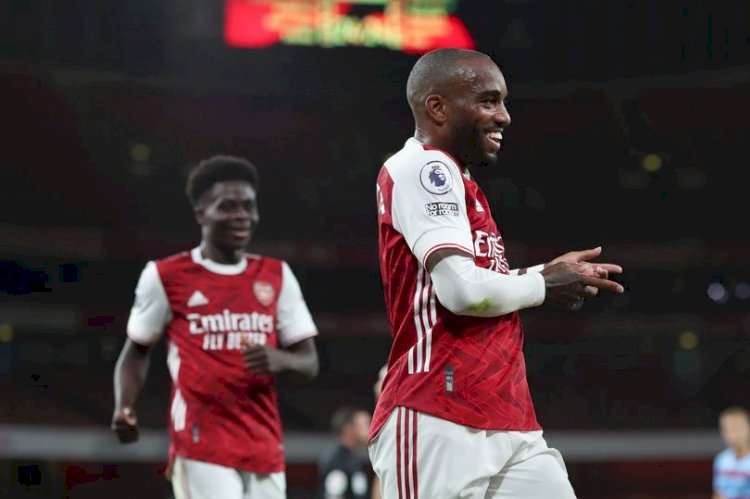 Arsenal made it two wins from two in the Premier League on Saturday after seeing off West Ham at the Emirates Stadium, with Mikel Arteta's side to hold a 100% record so far this season.

Bigger tests are on the horizon though, with Leicester City in the Carabao Cup followed by a Premier League clash against defending champions Liverpool.

Amid all the drama on the field, hard work continues behind the scenes as the Gunners look to secure new additions before the transfer deadline in just a few weeks time.

Here, we have gathered some of the latest snippets surrounding the club.

Arsenal boss Mikel Arteta has admitted that the club are yet to open discussions with Alexandre Lacazette regarding a new contract.

The France international has less than two-years remaining on his deal and it was expected that discussions for an extension had already been initiated.

However, Arteta admitted that this is yet to happen as the current priority is completing their plans in the transfer market.

"At the moment, we haven't started any negotiations," Arteta said. "We have a lot of things still to do in this market and at the moment we are focusing on those things."

Serie A duo Lazio and Napoli are interested in signing Arsenal defender Shkodran Mustafi, according to CalcioMercato via the Sun.

The World Cup winner has found it difficult to settle in north London and is available for a transfer this summer, as the Gunners look to raise funds for their own activity in the market.

Arsenal are willing to sell for around £13m but that asking price could drop to £11m, though the biggest difficulty will be the wages of the Germany international.

Lazio are reportedly willing to offer the 28-year-old a five-year deal worth £2.3million per season plus bonuses, which is almost half of Mustafi's reported wage with Arsenal.

Arsenal are looking to include Lucas Torreira as a makeweight in the push to sign Thomas Partey from Atletico Madrid, El Gol Digital reports.

Partey is one of the Gunners' top targets heading into the final weeks of the window, having been chased by Mikel Arteta's side throughout the summer.

Atletico have demanded that Partey's release clause is met but Arsenal are looking to take advantage of the Spanish side's interest in Torreira to lower the fee they'll have to pay.

Diego Simeone has reportedly already expressed Atletico's interest in Torreira, who has been heavily touted for a return to Italian football.