Facebook has announced that it will not take on any new political ads in the seven days prior to the US election on 3 November. 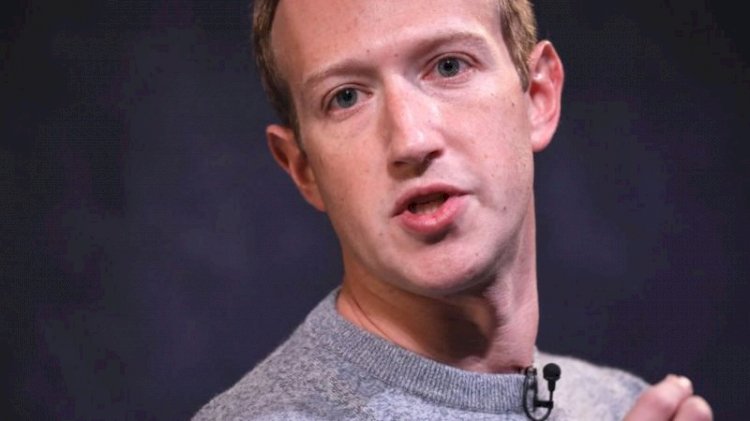 Mark Zuckerberg wrote that the election would not "be business as usual" (Photo: Getty Images)
However, the firm will still allow existing ads to continue to be promoted and targeted at different users.
Chief executive Mark Zuckerberg revealed the measure in a Facebook post.
He said that he was "worried" about divisions in the country potentially leading to civil unrest.
He added that Facebook would also label posts from candidates attempting to declare victory before the votes had been counted.
The social network has faced criticism for allowing political ads to be "micro-targeted" on its platform so that they are only seen by small communities rather than debated more widely in the days after they appear.
The Mozilla Foundation has claimed that this makes it easier for politicians and their supporters to parade fiction as fact and avoid being called out on it until it is too late, particularly as Facebook has previously said ads placed by candidates would not be fact-checked.
The new steps could serve as a precedent for how the firm handles elections elsewhere in the future.
Facebook also revealed that it would remove videos of President Trump encouraging voters in North Carolina to vote twice, which is illegal.
Any videos of Mr Trump's comments without contextualising information would be taken down, the firm said in a statement: "This video violates our policies prohibiting voter fraud and we will remove it unless it is shared to correct the record."

President Trump has repeatedly claimed the election could be "rigged" due to voter fraud.
However, there is no evidence of widespread voter fraud in previous polls.
"This election is not going to be business as usual," Mr Zuckerberg wrote.
"With our nation so divided and election results potentially taking days or even weeks to be finalised, there could be an increased risk of civil unrest across the country," he added.
In an effort to stymie the spread of rumours and deliberate falsehoods on Facebook, the firm has said it will implement a series of measures:
Mr Zuckerberg also said that Facebook had also "strengthened" its enforcement policies against movements known to spread conspiracy theories, such as QAnon.
Thousands of Facebook groups associated with these movements had already been removed, he said.
The moves have, however, attracted criticism.
The chief of Media Matters for America - a liberal media monitoring body - described it as being a pointless PR stunt.
"They will still let political ads be rerun and targeted to new groups during [the last] week so long as the ad was run and had one impression before 27 October," tweeted Angelo Carusone.
"So, you can run a bad ad now, pause it and then reuse it that week."
An academic who specialises in how tech and politics interact made a related point.
"Campaigns will produce and run thousands of pieces of creative in the days before the cut off so they can run the final week," said Daniel Kreiss, an associate professor at the University of North Carolina at Chapel Hill.

By James Clayton, North America technology reporter
What Mark Zuckerberg is really concerned about here is system lag.
He knows the period before - and after - the US elections are likely to be toxic on Facebook.
Paid political adverts usually take time to analyse. Decisions around placing warnings on ads, or even taking them down, can take days.
And close to election day that could cause an enormous headache for Facebook, as the heat ratchets up.
We already knew of his worries about fake news and voter suppression.
But what's also interesting here is the period he's flagged between voting and the declared result. As he acknowledges, it could take days for a winner to be announced.
Zuckerberg has identified this potential legitimacy vacuum as a great danger for the US. He believes it could be the setting for civil unrest in America.
That's why he's flagging up early that anyone looking to delegitimise the vote will be targeted by Facebook moderators.
Considering Trump is already questioning the legitimacy of the election that could get very, very messy.

Google to cooperate with Indian authorities after losin...

Stardew Valley’s big update is now available for iOS an...

App Store and Play Store are flooded with dubious ChatG...