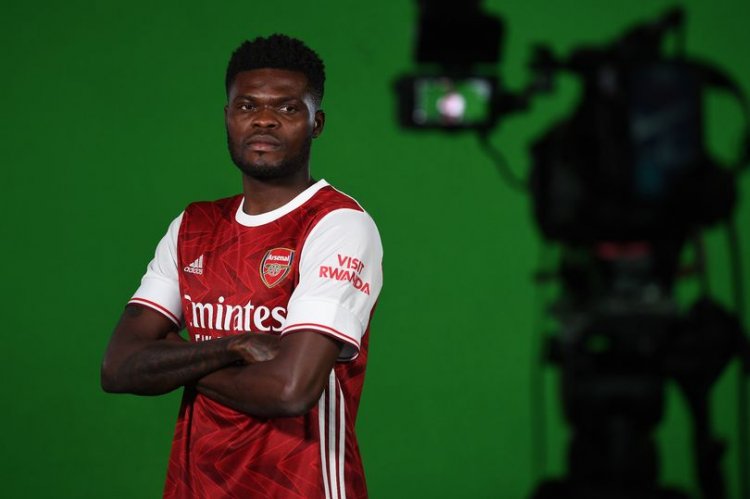 Former Tottenham Hotspur defender Kieran Trippier agrees with Rio Ferdinand on his view that new Arsenal signing Thomas Partey will have no trouble adapting to life in the Premier League.

The Gunners completed a deadline day move for the Ghanian, activating the £45 million release clause in his contract to address a problem area at the heart of Mikel Arteta’s side.

Former Manchester United defender turned TV pundit Ferdinand said on The Beautiful Game podcast earlier this year that Thomas would be perfect for English football and Trippier, who played with him at Atletico Madrid, agrees.

“I'd seen him play for Atletico but I didn't realise how good he is. He's unbelievable, his physicality, how he breaks up play. Technically he's got everything,” Trippier told The Beautiful Game podcast in June.

“He ranks as one of the best midfielders I've played with, but Mousa [Dembele] is Mousa and he's on a different planet that guy. Even in training, he was in cruise control.

“Thomas is still a very young player and everyone loves him out here. Going to the Premier League who knows? Obviously I want him to stay here because he's a valuable member to our team. He speaks perfect English, very good English. I don't think he'd have a problem with the Premier League.”

The Ghanian arrived at the club's London Colney training ground yesterday and was presented with an Arsenal shirt before being introduced to his new teammates.

Judging by Thomas’ response, he was impressed with what he saw. “Wow,” he said whilst holding his new shirt. “This is so good, so nice. So great.”

Thomas also thanked the Arsenal fans for their support since his transfer from Atletico Madrid.

“Hello, Gunners!" he told Arsenal’s Instagram channel. “Thanks so much for the love, for the messages I’ve received.

Mesut Ozil has sent a message to Arteta as the German playmaker’s exile from the Arsenal first-team squad continues.

The 31-year-old has been frozen out at the Emirates Stadium, with the Gunners leaving Ozil out of the Europa League squad for this season.

However, Ozil has sent a thinly veiled message to Arteta, quote tweeting a video complication of his best moments in an Arsenal shirt under the Spaniard along with the hashtags “#startof2020,” “#throwback” and “YaGunnersYa.”

Ozil hasn’t played for Arsenal since March, with Arteta favouring other options over the German whose £350,000-a-week contract at the Emirates Stadium expires next summer.

The Number of Low-Quality Apps in Google Play Store Jum...