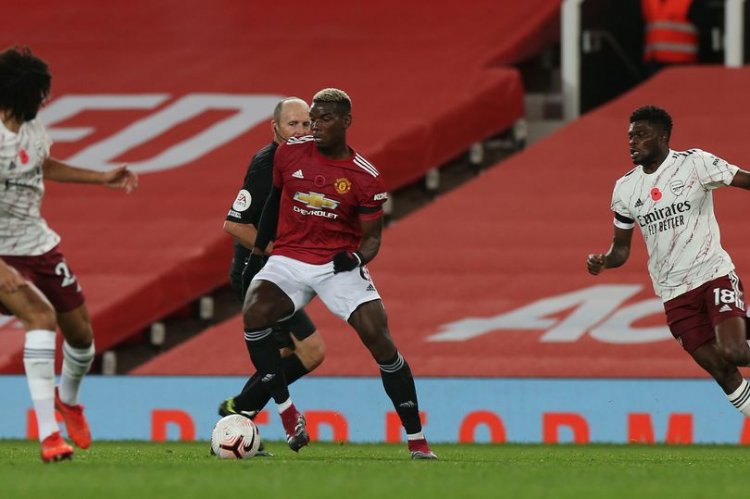 Arsenal went in at half-time against Manchester United still searching for a breakthrough.

In a first-half of very few chances, the Gunners will feel they should at least be one goal ahead after enjoying more possession and looking the more threatening team at Old Trafford.

Willian came closest to breaking the deadlock but his shot smacked against the crossbar, while Pierre-Emerick Aubameyang and Bukayo Saka have both wasted decent openings.

However, the one player most Arsenal fans were speaking about during the first-half was Mohamed Elneny.

The Egypt international was somewhat of a surprise starter in midfield over Dani Ceballos and Granit Xhaka, but has caught the eye at the 'Theatre of Dreams'.

Speaking ahead of kick-off, Arteta explained his team selection and hinted at perhaps having one eye on the second half.

"Well, it’s part of the squad management that we have to do," Arteta told Sky Sports. "They played a lot of minutes in the last four to six weeks, and there are lots of other players who are playing really well.

"We have to think about how we can develop the game as well, depending on what happens in the second-half.

With that said, it would appear that fans have come around to Arteta's way of thinking as Elneny has been heavily praised on social media.

@itspratikthapa said: "Partey and Elneny will be so successful I had never imagined it has worked."

@afcgabbyy said: "big props to Partey and Elneny, one of the best midfield performances i’ve seen in a while."

Gary Neville names Arsenal's best player against Man United - and it's not Thoma...

Minnesota Vikings Plan To Activate Irv Smith Jr. From I...

How to get MLS Season Pass

Juventus could be banned from UEFA competitions