Thomas Partey says Arsenal are aiming to win the Premier League title after his £45million switch from Atletico Madrid.

Partey completed his move to north London on transfer deadline day after Arsenal activated the release clause in his contract to secure Mikel Arteta's first choice target for a midfield that was in need of strengthening.

Arteta will hope that Partey can propel Arsenal further forward but the Gunners have made a strong start to the season, winning three of their opening four Premier League games and sitting fourth in the early season table.

Arteta himself would acknowledge that at the moment Arsenal are not yet at the level required to challenge Liverpool and Manchester City at the Premier League summit but it is undoubtedly their long-term aim, one which they hope Partey's signing will help them achieve.

Asked whether he is aiming to win the Premier League with Arsenal, Partey said: "This is our new objective. That's the objective of the club, of me myself and I think that we have to get back to where we belong."

He added: "I've seen that everyone has been excited and everyone is willing to win something and all the trophies that come their way. I think that’s the goal and objective for everyone here and that’s my goal also.

"It's something that is difficult [winning trophies] and we all know that it’s difficult, but we’re working towards it and I think we are ready. We have to go all out and try to achieve all of that ourselves."

It is perhaps a sign of the progress Arsenal are making under Arteta that Partey was so receptive to the move. After all in leaving the Wanda Metropolitana for the Emirates Stadium he is saying goodbye to the Champions League football, perhaps even the latter stages of the tournament, for at least one season in the Europa League and a fight for fourth place.

Inevitably his £200,000-a-week pay packet will have soothed his concerns significantly but there were numerous other factors that convinced Partey that the time was right for a change of scenery after eight years with Atletico. The chance to live in London, to work with Arteta and to experience the Premier League all convinced the 27-year-old to move to Arsenal well before they had activated his release clause.

"I think it’s a great challenge," said Partey, "I want to experience new challenges and also in a great family like Arsenal, I am ready to give it my all and try to help this great club come back to where they belong.

"I still have much to develop, I still have more to learn with this new family. I will have to learn more things to achieve all my goals, and achieve the goals of the club as well.

"It was a new challenge for me. I've always wanted to play in the top leagues and the Premier League is one of the top leagues, so I'm happy to be here."

He will not have long to get up to speed with the Premier League. Partey will train for the first time with some of his new team-mates on Wednesday as he bids to earn a spot in Arteta's squad for the trip to Manchester City on Saturday.

"I have to be quick, make sure that I learn everything as fast as I can," he acknowledged. "In football, I have make sure I do everything on the training ground and make sure Mikel sees me that I am ready to play for him.

As for facing Kevin De Bruyne on debut, "it's the decision of Mikel. I just arrived. For me, I'm prepared but I need to get used to the style of play before I can play.

"For me it's a great feeling. I like to play in the big matches, but it all depends on the coach and whether he wants me to play on Sunday or not. It depends on him. I need to get used to the squad and then train with the before we can see what we will happen."

It would only be natural for Partey to feel the pressure. After all Arsenal made a considerable financial stretch by paying his release clause in one fell swoop, a deal that required the backing of owner Stan Kroenke to get across the line.

Partey will have considerable expectations on his shoulders but he wears them lightly.

"I think there is no pressure on me. I like to challenge myself, I like new challenges as I said and it's all about learning fast, learning quickly how it goes and you just get used to it and everything works."

Benzema finds recognition at last after magical night for...

Where to find Vélez Sársfield vs. River Plate on US TV

Here are all of the details of where you can watch Vélez Sársfield vs. River Plate... 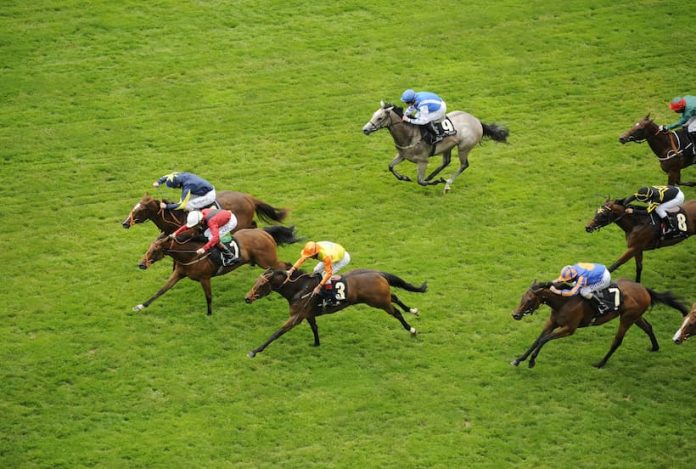 Leipzig up to third after goalless home draw

Leipzig (Germany) (AFP) – RB Leipzig climbed to third in the Bundesliga Sunday after...