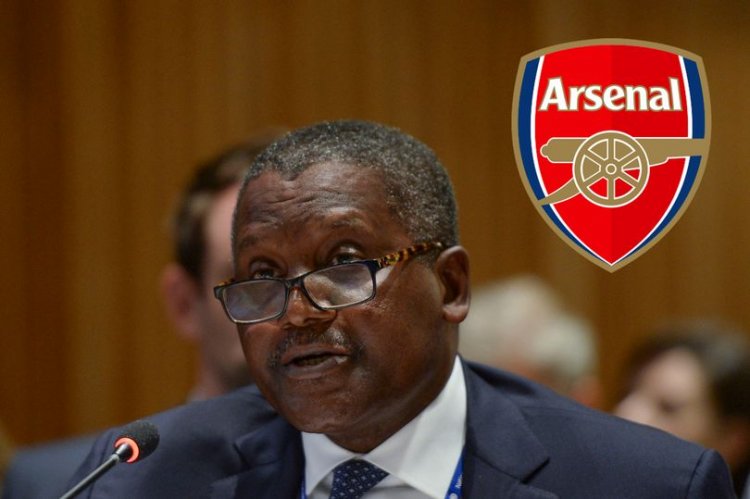 Aliko Dangote has said openly that he would like to takeover Arsenal one day (Image: Riccardo Savi/Getty Images for International Commission on Financing Global Education Opportunity)

Liverpool and Manchester United have proposed 'Project Big Picture' that would reduce the Premier League to 18 teams, and place the controlling power in the hands of the biggest clubs.

According to the Daily Telegraph, some of the proposals include scrapping the League Cup and Community Shield, plus 25 percent of the Premier League's annual revenue going to EFL Clubs, with £250m paid upfront to help them through the coronavirus crisis.

Also, there would be abolition of the one-club, one-vote principle, as well as ending the threshold of 14 votes to pass any decision or regulation change.

EFL chairman Rick Parry supports the plans, which were put together by Liverpool’s American ownership Fenway Sports Group, with the backing of Manchester United.

The proposal would also allow sides to veto a new owner taking over a rival club.

This could affect billionaire Aliko Dangote, who has repeatedly stated his intentions to take over Arsenal in the future.

The Nigerian businessman, who is the richest man in Africa, said he would like to buy the Gunners but not for the time being due to work commitments.

Back in March, the owner of the Dangote Group said: "It is a team that yes I would like to buy someday, but what I keep saying is we have $20billion worth of projects and that's what I really want to concentrate on.

"I'm trying to finish building the company and then after we finish, maybe sometime in 2021 we can.