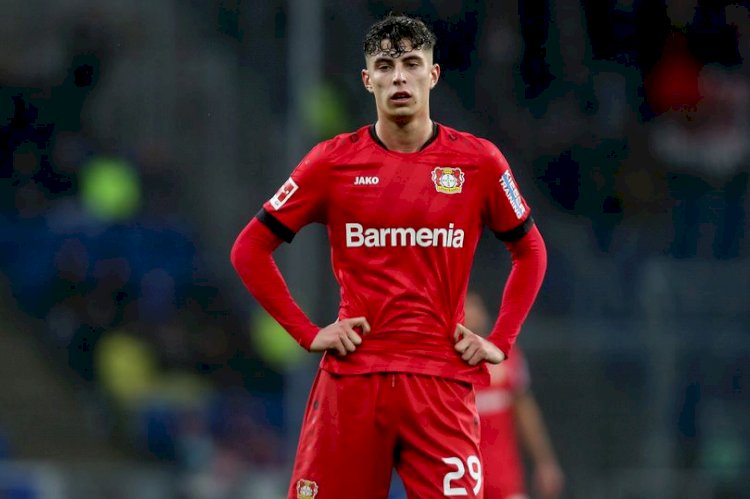 Kai Havertz has previously spoken about his favourite positions on the pitch, amid claims Chelsea have finally made a breakthrough in talks.

Chelsea have already signed Timo Werner and Hakim Ziyech ahead of next season, but Germany international Havertz is rumoured to be the next player to arrive at Stamford Bridge.

The 21-year-old has already agreed personal terms with Chelsea, and according to Sport Bild, the Blues have now settled on an €80million (£72million) fee up front, plus a further €20million (£18m) in add-ons.

Havertz's potential arrival would give Chelsea head coach Frank Lampard an array of attacking options for the upcoming season, with the midfielder's versatility one of his key strengths.

But when asked in 2018 whether he could even see himself playing as a striker, Havertz told the Bundesliga website: "Not really. In fact, I'm often critical of myself for not scoring enough and missing too many chances that I really should be putting away."

When asked about his goal return that season, Havertz admitted he was more of a creator - something which Chelsea perhaps lacked last season.

In 2018/19, Chelsea's top assister in the Premier League was Eden Hazard with 15 - almost double that of Willian's haul in the campaign just gone, with seven.

Arsenal in advanced talks for cash injection to fund Thomas Partey and Houssem A...