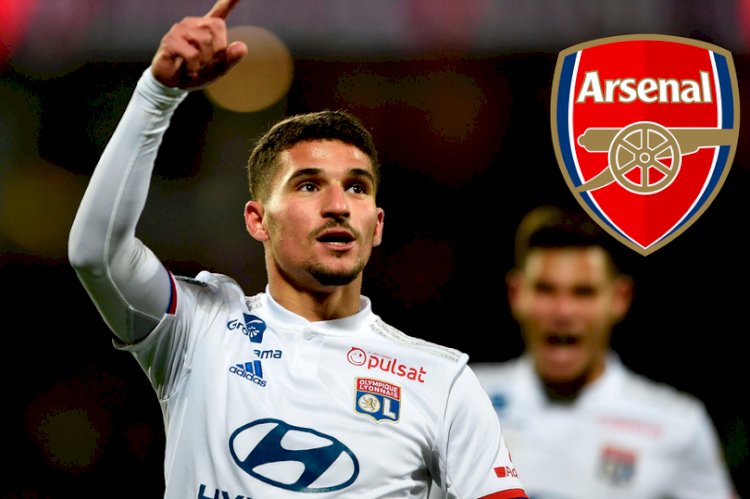 Arsenal have added three new signings to their squad so far this summer.

Willian arrived on a free transfer, signing a three-year deal after the expiry of his contract at Chelsea.

The Brazilian was joined by compatriot Gabriel Magalhaes, who has come in to bolster Arsenal's back line.

Dani Ceballos as also returned signing on a season long loan from Real Madrid and he could find himself playing alongside a new midfielder this season as Arsenal target Houssem Aouar.

With that in mind, here is a round-up of everything we know so far about the Frenchman's future and Arsenal's interest in him.

According to French outlet L'Equipe, Arsenal made an offer of cash plus Matteo Guendouzi for the 22-year-old midfielder last week.

The report claims Arteta is believed to be a big admirer of the player’s talents, and it was director Edu who made the offer verbally over the telephone.

"There will be departures, but I am not worried. When you have players who play very well in a competition like this, like Moussa and Houssem...We will have to show the same spirit to be back in the Champions League next season."

If Arsenal are to stand any chance of landing Aouar this summer they are not only going to have to cut their cloth accordingly to raise the funds to get a deal over the line, but they will also have to fend off interest from Premier League rivals Manchester City.

It is reported by ESPN that the Etihad Stadium outfit are keen on landing the 22-year-old this summer, with Guardiola, as outlined above, being a big fan of him.

Should the two clubs get themselves into a battle to bring the Frenchman to the Premier League, they will have to match Lyon's valuation of €50million.

According to French outlet Le10 Sport, Aouar would prefer to join Juventus over any other team.

Juve have been credited with an interest in the player after seeing his talent first hand.

The midfielder was instrumental as the Ligue 1 side knocked the Italian champions out in the Champions League last-16.

Arsenal are keen to add Aouar to their squad this summer, with Mikel Arteta and the club's board said to be 'in love' with the midfielder.

Journalist Fabrizio Romano, who was speaking on the Lee Gunner Youtube channel.

"I think it's difficult about Auoar, because we were talking about €50 million for Thomas Partey, if we're speaking about Aouar, we're around €60 or €70 million si I think it would be so difficult to take Aouar.