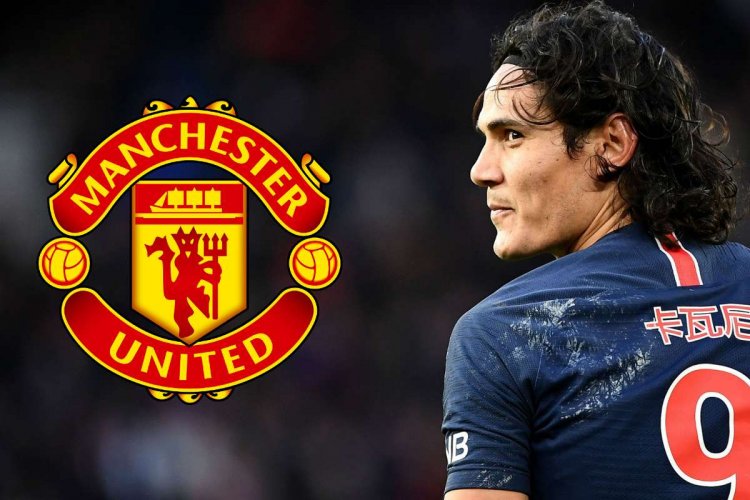 The 33-year-old Uruguay international, who left PSG at the end of June, has signed a one-year contract.

One of his first United games could come against PSG in the Champions League group match on 20 October.

Before that, United face Newcastle United in the Premier League on 17 October, the first game after the international break.

Ole Gunnar Solskjaer's side are 16th in the table, having picked up only three points from their opening three league matches.

They were thrashed 6-1 at home by Tottenham on Sunday.

It is understood that the wage package for Cavani does not go beyond the pay structure at the club.

Cavani left PSG under a cloud following a disagreement with forward Neymar and feels he has more to give to European football.

He is not the first high-profile European striker in his 30s United have signed in the hope of extending their goalscoring prowess.

Cavani, who has the option to extend his contract by a year, will provide an experienced forward option for United and competition for younger forwards Anthony Martial, Marcus Rashford and Mason Greenwood.

Given the outcome of most of the big names United have signed over the past six years, fans can be forgiven feeling somewhat underwhelmed at the prospect of signing Cavani.

Radamel Falcao, Alexis Sanchez, Angel di Maria and Bastian Schweinsteiger all arrived at Old Trafford to huge fanfare, with massive reputations, and flopped disastrously at enormous cost. Why, they argue, will Cavani be any different?

The answer will only come when Cavani starts to play. But United feel the manner of his exit from PSG leaves him with something to prove.

The key element is how will Solskjaer use Cavani - and whose place is at risk.

United's fixture schedule is packed. They have 10 successive midweek matches from middle of October to after Christmas. It is impossible any single player will be involved in all of these games.

Cavani provides an option. He is more of a natural number nine than any other striker on United's books and his striker's instinct may put defences on the back foot more than has been the case in the opening couple of Premier League games.

In addition, with the arrival of Donny van de Beek, Solskjaer now has options in terms of not just personnel but also formation.

I know he is 33, but he has still got top quality. He is exactly the player Manchester United need right now.

He presses from the front; he scores goals.

He is not going to be a part of a five-year plan but as a stop-gap to give United more time to bring in players over the coming seasons. He will be a massive player for Manchester United.

'He is something to get excited about'

The way this move has happened and the timing will no doubt leave United fans asking more questions about the club's recruitment strategy but focusing solely on the player. Seeing Cavani in a United shirt is something to get excited about.

His quality is not in question - 341 goals and 65 assists in 556 club games speaks for itself.

Last season was a disappointment but that seemed out of Cavani's hands as he appeared to be pushed aside by PSG in the final year of his contract. Many PSG fans (and indeed Thiago Silva) were upset by the way he was treated. His father accused PSG of a lack of respect towards his son.

His attitude is a huge plus point too. Cavani is a very competitive person, works hard on and off the pitch, is highly respected and will be a positive influence on Mason Greenwood and Marcus Rashford, who surely can only learn from someone with Cavani's experience.

He will also have something to prove after his difficult final year and difficult summer trying to find a new club. Can you imagine how motivated he will be when United meet PSG in the Champions League?

The one huge doubt, of course, is his age and his fitness. At 33, can he deliver the numbers he used to in a congested Premier League season? That's the big question. But if United get him anywhere near to his best Cavani should be a huge asset after a very tough start to the campaign.

As Mikel Arteta pursues Andre Onana, the reality about ...