Arsenal striker Alexandre Lacazette has been linked with a move to Atletico Madrid and Juventus this summer, having struggled to nail down a starting spot post-lockdown 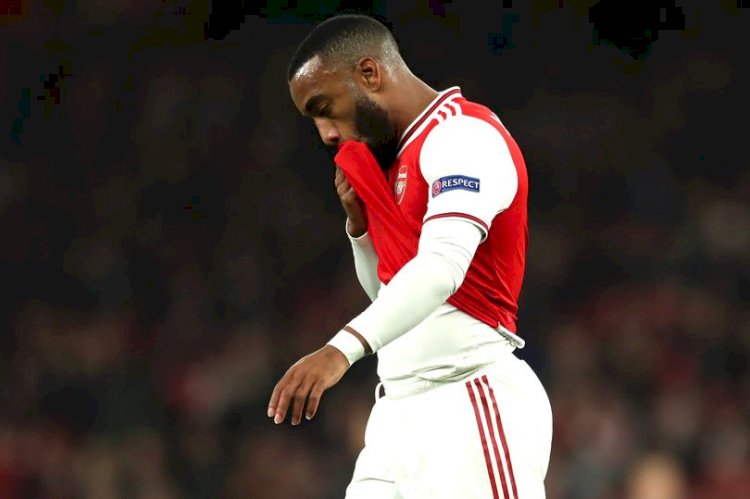 Alexandre Lacazette is not happy to hear Arsenal might have offered him as part of a swap deal.

The talks, if they did happen, didn't go anywhere with Arsenal still chasing Partey, but if it is true the striker was offered as part of a potential deal, there is one unhappy man in north London with Lacazette determined to stay at the Emirates Stadium.

“If this is true, no, it does not please me," Lacazette told L'Equipe. "But what matters is the choice of the coach, his confidence.

"He’s the one who makes the team, not the managers upstairs in the offices, and I know I have his confidence.”

Lacazette has two years remaining on his current contract and he is determined to see out his deal.

"I am at Arsenal, I signed a 5-year contract to progress & win titles," he said. "I have another 2 years. I am determined to stay."

The 29-year-old was then asked whether the deal was 'definitive', and he responded: "On my part, yes."

Transfer talk, however, is part of the job, and Lacazette knows he must take it with a pinch of salt, especially when he knows it's not true.

It was recently claimed the Gunners forward asked France teammate Antoine Griezmann what life was like at Atletico Madrid ahead of a possible move.

But that's nonsense, according to the man himself, who said: "I learned that I had called Antoine to talk about Atletico, for example, by reading someone who seemed more in the know than me.

Arteta also dispelled talk of a move in his press conference on Friday.

“He’s really happy here," said the Spaniard. "He wants to keep contributing to the team.

"He knows about the competition with the strikers here. The way he’s been training has been excellent. I think he’s very happy here.”

David Beckham's 'Save Our Squad' series now on Disney+

Bills and Titans Set To Join Jaguars For International ...