Arsenal sealed a deal to bring Thomas Partey to the Emirates Stadium late on transfer deadline day, but his arrival means a headache for Mikel Arteta 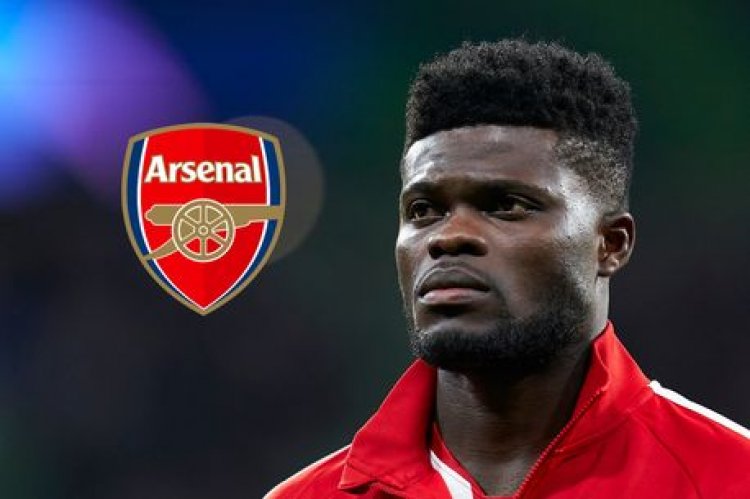 Each Premier League club can only register 25 players over the age of 21 for that season's first team matches.

Home grown players are classified as having been developed at an academy of a club in the English football pyramid for at least three seasons prior to their 21st birthday - but Under-21 players are eligible over and above the limit of 25 players per squad.

However, outgoing players will also prove key. The departure of Emi Martinez mean one less space in the squad as he qualified as a home grown player for the Gunners, while his replacement Runarsson does not.

Following Partey's arrival on transfer deadline day, Arsenal now have 19 players who do not qualify either as home grown or under the age of 21, representing a big problem for Arteta.

Of the current squad, Matt Macey, Hector Bellerin, Rob Holding, Calum Chambers and Ainsley Maitland-Niles are all over the age of 21, but qualify as home grown.

William Saliba, Bukayo Saka, Emile Smith-Rowe, Joe Willock, Reiss Nelson, Eddie Nketiah and Gabriel Martinelli are all 21 or under and thus do not come under consideration for the squad rules.

Bernd Leno and Runar Alex Runarsson will have to be included in the group of 17. In defence, Arteta can select from Kieran Tierney, Sokratis, Gabriel, Cedric, Shkodran Mustafi, Pablo Mari, David Luiz and Sead Kolasinac.

It looks most likely that a centre-back will be one of those facing the chop due to the sheer depth in that area of the squad - with Mustafi touted for a move away this summer that has not happened.

In midfield, Dani Ceballos, Mesut Ozil, Partey, Mohamed Elneny, Granit Xhaka are on the list who can be cut - with Ozil's position looking precarious.

But in attack it looks as if every one of Alexandre Lacazette, Willian, Pierre-Emerick Aubameyang and Nicolas Pepe will be safe from the squad cut.

Full Chelsea squad revealed ahead of Krasnodar clash as...

Where to find Villa vs. Leeds on US TV