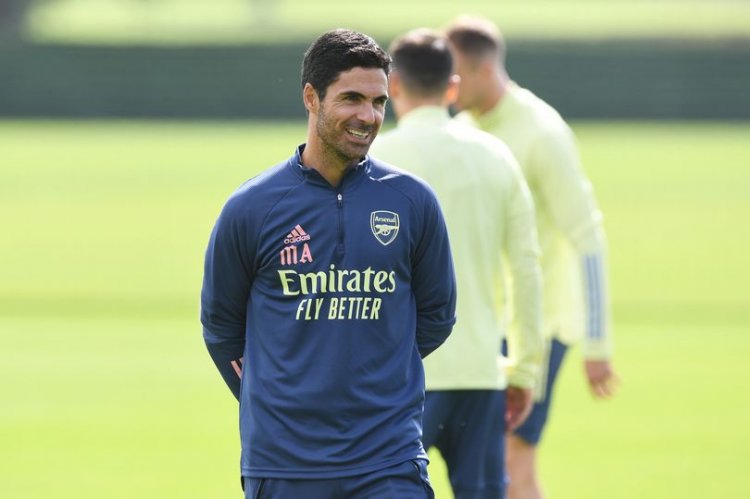 Mikel Arteta is in his first full season as Arsenal boss and Gunners supporters have outlined where the club must finish.

Arteta took over from Unai Emery in December following a poor start to last season, but under the tutelage of the club’s former midfielder, he led them to an eighth-place finish and an FA Cup triumph.

Arsenal finished 10 points adrift of fourth-placed Chelsea, despite a promising conclusion to their season.

According to two-thirds (66%) of Arsenal supporters, who were asked about the new season by Reach PLC, the Gunners will finish in the Champions League places in the 2020/21 campaign.

The north London-based club have addressed some areas of concern - bringing in highly-rated centre-back Gabriel Magalhaes - as well as Cedric Soares, Willian and Dani Ceballos, before the midfield issue was finally addressed on deadline day with Thomas Partey arriving in a £45million deal.

More than half of the Arsenal fans asked - 54% to be precise - were happy with the transfer business done by the club’s board before the deadline day move for Partey and that will no doubt have risen now.

The future of Pierre-Emerick Aubameyang has been a major topic this summer as well, with last season’s top scorer agreeing a new deal at the Emirates Stadium.

The Gabonese striker finished last season with 22 goals in the Premier League, one short of the Golden Boot winner Jamie Vardy.

A similar return is expected by Gunners supporters - with 92% of the fans asked reckoning Aubameyang will finish the season as top scorer, with 71% also predicting a player of the season award for the 31-year-old.

The Arsenal captain started his season very well, with a fantastic strike to put the Gunners ahead early on in their Community Shield victory against Liverpool last month.

Where to find Fulham vs. Sunderland on US TV

Where to find Rennes vs. PSG on US TV