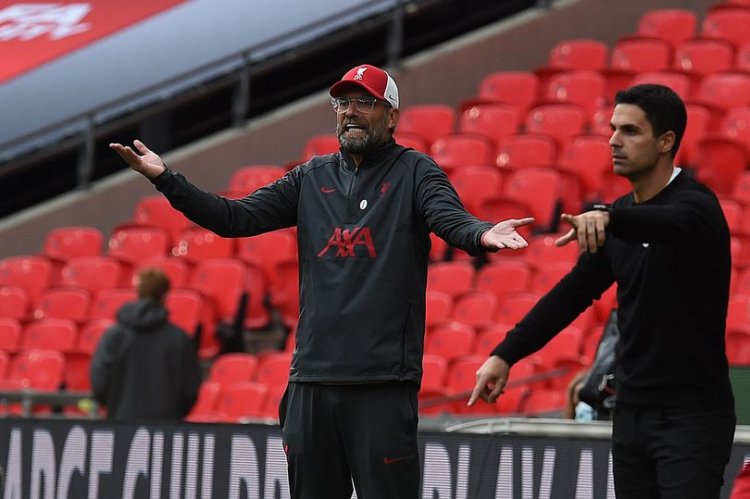 Mikel Arteta is convinced that making the right signings at Arsenal can offer the sort of momentum his side need to close the gap on Liverpool.

Jurgen Klopp's side are widely regarded as one of the shrewdest clubs in the transfer market, finding key first team player such as Georginio Wijnaldum and Andy Robertson from relegated clubs and showing patience to secure the best option available to them in their signing of Virgil van Dijk.

Meanwhile Liverpool have sold players at the right time for the right price, earning over £100million for Philippe Coutinho but equally big fees for fringe players such as Dominic Solanke. Getting recruitment has helped propel Klopp's team forward on the pitch and the success they have enjoyed creates a virtuous cycle whereby big names such as Thiago Alcantara gravitate towards Anfield.

In recent years Arsenal's recruitment has been more mixed.

For every shrewd long-term bet such as Gabriel Martinelli the Gunners have shelled out significantly on short-term patches for major problems, particularly in defence. A squad that currently has eight centre-backs on its books is a sign that transfer business has not been up to scratch.

Arteta, now in charge of transfers alongside technical director Edu, has given early indications that he wants to right that wrong. He has spoken frequently about the importance of being ambitious and signing the right players even at a time when Arsenal are financially stretched.

Evidence of that comes in their pursuit of Lyon playmaker Houssem Aouar as well as the £25million signing of Gabriel Magalhaes from Lille. Both have been on Arsenal's radar for some time, both are 22 with their best years ahead of them and both are already experienced in the Champions League, the competition Arteta aspires to take his side back to.

"We are in different moments as clubs, with the success they had over the years and how stable they have been in the Champions League and Premier League," Arteta said. "We just try to get the right momentum by doing the deals we believe are going to make us stronger and with the resources we have at the moment and try to push as hard as we can as a team to do it as quick as possible.

"Do trophies help? Absolutely, it gives you the financial power but, as well, what you have to do as well is recruit the right players. Liverpool have done both.

"They generated finances because of the performances on the pitch, because of how they’ve grown as a football club over the years and because they have implemented a vision and a strategy that is really clear and has been a success, with a lot of good decisions."

The youthful approach to recruitment is no less apparent in Arteta's building of his backroom staff. Joining the likes of Steve Round and Albert Stuivenberg this summer were Miguel Molina and Carlos Cuesta, both of whom would be young enough to feature in the Arsenal first team.

Alongside them came Andreas Georgson, a second appointment from Brentford after highly-regarded goalkeeping coach Inaki Cana. The Dane arrived to help Arsenal with set pieces - no club conceded a higher proportion of Premier League goals than the Gunners last season - with Arteta stating it is "another aspect of the game you have to dominate."

Specialisation is no less prevalent at Liverpool, who employ Thomas Gronemark to help their squad defend and attack with throw-ins. Arteta joked that a "media coach" might be higher on his list but expects greater specialistion across the profession.

He said: "I always have to try to assess what we have at the club and what is in our coaching staff, the things we can improve, review our performance and the relationship between what we’ve done on the pitch and where we can improve, and try to win those matches.

"I’m really happy with that we have at the moment with my coaching staff. How this game is going to evolve in the future we don’t know, but it’s changing. Every year, it’s changing, the demands are higher and you have to be more specific."

UEFA to close FFP loophole due to Chelsea long-term deals

Is the Manchester United paradox of struggle finally en...