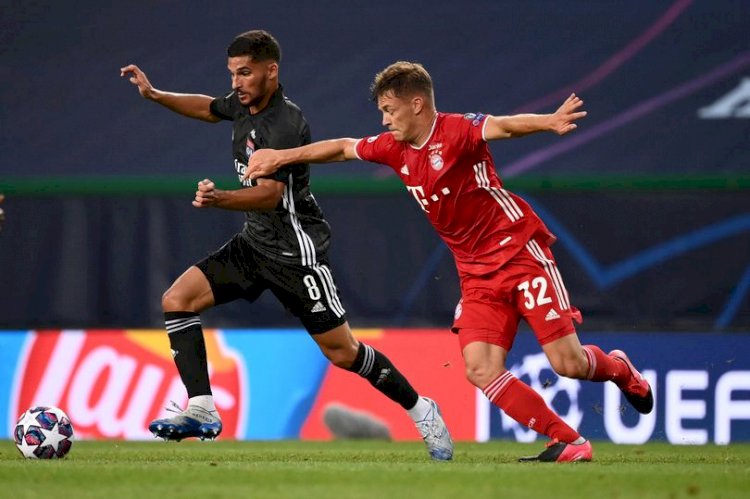 Arsenal have just over two weeks to conclude deals in this summer's transfer window.

Mikel Arteta's side have been busy in recent days, with Argentine goalkeeper Emiliano Martinez departing north London for a £20m move to Aston Villa.

The Gunners have already added Willian, Gabriel Magalhaes, Dani Ceballos and Cedric Soares to their ranks this summer.

But supporters will be hoping to see more additions come through the door as they aim to tackle the 2020/21 Premier League season in the best shape.

Here are the latest Arsenal rumours doing the rounds.

Arsenal are set to make a bid for Lyon midfielder Houssem Aouar.

The 22-year-old has been heavily linked with a move to the Emirates Stadium this summer but the Gunners are yet to make a bid.

However, reports in France from Telefoot Chaine via the Metro suggest an offer from the Gunners is imminent.

The bid is expected to be around €40m (£36m), although the French club want around £55m for the midfielder who recently received his first call-up to the France squad.

Lyon say no to Guendouzi

Arsenal midfielder Matteo Guendouzi will not be heading back to France.

The French international, 21, had been linked with a swap deal involving Aouar but Lyon's director of football Juninho has ruled out any such move.

He said to Telefoot Chaine via the Metro: "Guendouzi was discussed during the call, he is a great player, but he is the wrong profile.

"We are not interested in that at all, we cut the conversation."

Arsenal are said to be 'tracking' Dijon goalkeeper Runar Alex Runarsson to replace the departed Martinez.

The Evening Standard say the Gunners are hoping to tie up a £1.5m deal for the 25 year old who is an Iceland international.

This in turn would free up most of the fee the club got for Martinez to spend on other targets.

Brentford goalkeeper David Raya has also been tipped for move across the capital but the Bees are reluctant to lose their shotstopper and do have to sell having made £30m from the sale of Ollie Watkins to Aston Villa.

The England U19 striker has been identified by the Blades as a player who could improve their squad.

Wilder is after more pace in his side and believes a loan move for Balogun could help him address that.

Speaking to the Yorkshire Post, he said: "We made an enquiry regarding the young man at Arsenal.

"That's left with the CEO at our football club and at Arsenal.

"The last one we've talked about at the top of the pitch we want attributes that hopefully suit us and move us forward.

"I've been vocal on it, we need to add at the top of the pitch, it's the most important part. We've got a decent selection of players but we want to add another one, especially with Lys [Mousset] missing for a little while."