All the latest Arsenal transfer rumours and gossip from north London 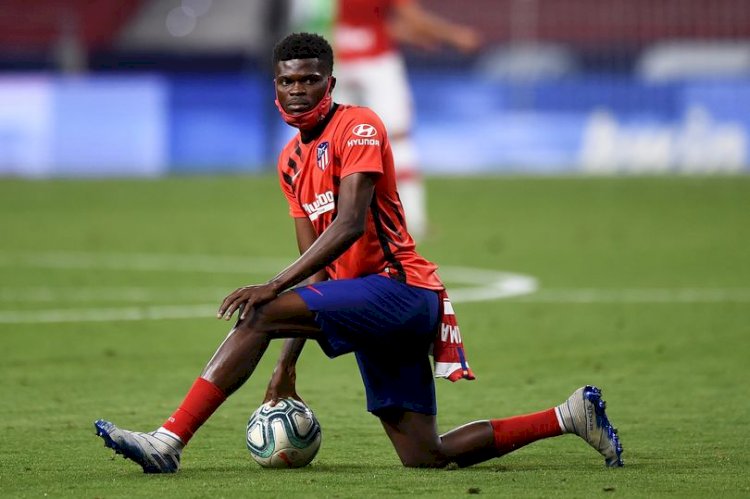 Atletico Madrid have stood firm on their stance that Thomas Partey will only leave if his €50million release clause is met. (Image: Photo by Denis Doyle/Getty Images)

Arsenal's Premier League season got off to the perfect start, as they cruised past newly-promoted Fulham at Craven Cottage.

New signing Willian laid on three assists, with Gabriel Magalhaes netting on his debut in what was a brilliant beginning to life in north London for the Brazilian duo, as Arsenal won 3-0.

Off the pitch, it appears that Mikel Arteta isn’t done in terms of reinforcements if reports are to be believed.

With that being said, here are the very latest  Arsenal  transfer rumours.

Emiliano Martinez is expected to be confirmed as an Aston Villa player in a £20million move from  Arsenal  soon and Gunners technical director Edu already knows how the money will be reinvested back into the squad.

According to  The Sun   , the windfall will allow Arsenal to strengthen in a number of key areas, with David Raya set to make a £10million move to the Emirates Stadium from Brentford.

Beyond that, Arsenal are desperate to complete a deal for  Thomas Partey, although with Atletico Madrid not budging from their £45million asking price for the Ghanian more funds will have to be raised.

Another midfielder being linked with the Gunners is Lyon’s Houssem Aouar and the final piece of Arsenal’s planned summer moves is the signing of Pierre-Emerick Aubameyang to a new contract.

Guendouzi keen to be involved in Thomas Partey swap deal

Matteo Guendouzi  wants to be involved in a potential swap deal for Atletico Madrid ace Partey, with the French midfielder keen on a move to the Spanish capital.

The  Daily Mail   claims Arsenal could offer a player as part of a proposal for the Ghanian midfielder and that Guendouzi, who has fallen out of favour under Mikel Arteta, could be one of those put forward as an option.

Guendouzi would be eager to make the move to the Wanda Metropolitano to play for Atletico, although the La Liga club are holding firm in their stance that they will only sell Partey if his release clause of £45million is activated.

Guendouzi, 21, was left out of Arteta’s 18-man squad for the Premier League opener against Fulham on Saturday, proving a further hint over his future with the Gunners.

Dijon midfielder Mounir Chouiar has been identified as an alternative to Partey, but Arsenal face competition from Leeds United for the player.

According to L’Equipe (via the  Daily Star ), the Gunners are starting to accept they might not be able to pull off a deal for Partey in this transfer window and are now beginning to look at other transfer targets.

One of those alternative targets is Chouiar, with the 21-year-old omitted from Dijon’s squad for the league match against Brest at the weekend with a transfer away from the Ligue 1 club believed to be on the cards.

Chouiar made 20 league appearances for Dijon last season, catching the eye of the Arsenal scouts as they looked for the players to overhaul Arteta’s squad.

Arsenal to make announcement on cash injection to fund Thomas Partey and Houssem...