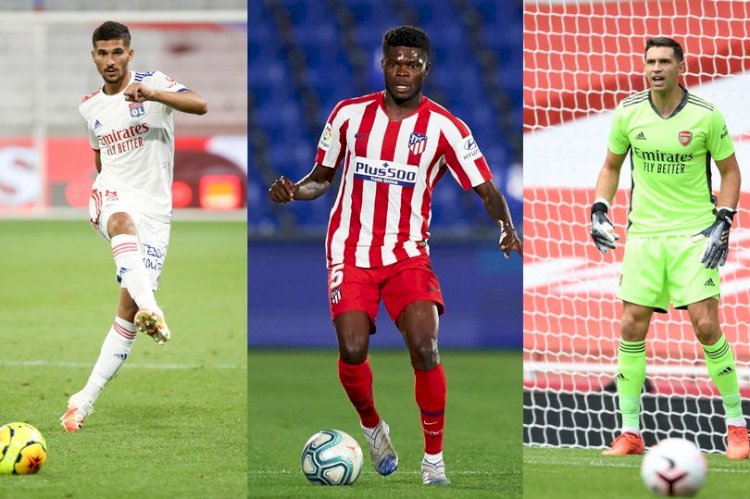 Emiliano Martinez could pave the way for Thomas Partey and Houssem Aouar to join Arsenal this summer.

Arsenal are poised to announce the departure of Emiliano Martinez.

JoriPress understands that a £20m deal taking the goalkeeper to Aston Villa is now done, with only final formalities needing to be agreed between Martinez and the Gunners before his departure is officially confirmed.

As previously reported by football.london, the north London outfit wanted to keep Martinez were prepared to offer him a new contract that would have come with a significant pay rise on his £25,000-a-week salary.

Although, they have always been aware that the goalkeeper wanted regular first-team football in order to commit his long-term future to the club.

"I have shown the club that I can play for them and when I return next season I need to have more games," Martinez said last month. "That is the only way I will stay at Arsenal.

"My target is to consolidate my place with Arsenal and to reach the Argentinian national team as number one.

"I won’t stop until I get that and if I don’t play for Arsenal, then clearly I would move on."

And a clear indication of Martinez's status came on the weekend when he was left out of the matchday squad for the Premier League season opener against Fulham.

As a result, the Gunners have made a decision that will see them receive a much-needed cash injection which could be very useful.

Following the arrivals of Brazilian pair Willian and Gabriel Magalhaes, as well as Dani Ceballos on loan, Mikel Arteta is now expected to reshape his Arsenal midfield before the summer transfer window closes.

JoriPress understands the Gunners want to stiffen their central midfield with the signing of Atletico Madrid's Thomas Partey, as the Ghanaian international seen as the perfect player to add some dynamism to the side.

In addition, a creative midfielder is also on Arteta's radar and Lyon playmaker Houssem Aouar fits the bill.

Partey's release clause in his contract at Atletico Madrid is £45m, and technical director Edu is reportedly in negotiations with Lyon for Aouar who could cost £10m more.

All of which means the Gunners have to raise funds in order to bolster their midfield options.

And that's where selling Martinez to Aston Villa for £20m could come in handy.

Arsenal confirm signing of Mat Ryan from Brighton for t...