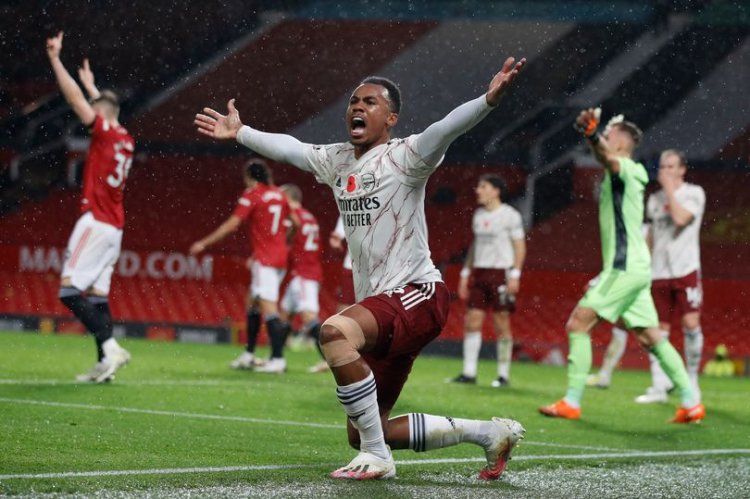 Mikel Arteta was faced with somewhat of a crisis at centre-back ahead of kick-off at Old Trafford with David Luiz and Pablo Mari missing through injury and Sokratis ineligible after not being named in the 25-man Premier League squad.

However, the Gunners were given a major boost when it was revealed that Rob Holding had been passed fit to return to the starting XI after four games out.

And while the Englishman has come in for praise for his performance, it was one of his teammates that has been named the best player on the pitch.

In addition, it's not Thomas Partey either.

Rather it's Gabriel whose excellent start to life at Arsenal following his summer transfer from Lille continued with another outstanding display.

"Arsenal’s defensive performance has been brilliant, from front to back, but the back-three have been good," Neville said on commentary duty for Sky Sports.

"Gabriel has been fantastic, so far I’d say he’s been the best player on the pitch, for me.

"Holding’s been good in the right centre-back position as well."

"Arsenal absolutely deserved that," Neville added. "He was brilliant, Mikel Arteta, in the way in which he set his team up.

"Aubameyang got the goal, which his team deserved.

"It leaves Manchester United in a desperate position, but he (Arteta) won’t care about that.

"He’s won the day, and deservedly so."

Christian Pulisic out for weeks with another injury