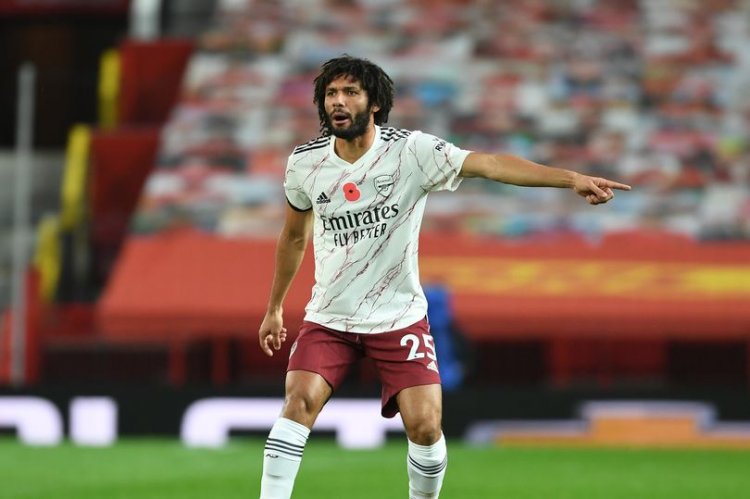 The resurgence of Mohamed Elneny has gathered pace of late, with the Egyptian midfielder following up last weekend’s impressive display at Old Trafford with a late run-out from the bench to help shore up victory against Molde in the Europa League.

When Elneny was sent on loan to Besiktas last season, many Arsenal fans could have been forgiven for thinking his time in north London was up.

However, since replacing Unai Emery as manager, Mikel Arteta has welcomed the former Basel man back into the fold, handing him a first start in the Community Shield and keeping him around as both Lucas Torreira and Matteo Guendouzi were sent out on loan.

It’s not the first time an Arsenal player has dragged himself back from the brink, though, and we’ve looked at others who managed to work their way back into a manager’s thoughts… or return after a new manager was installed.

Despite playing a big part in the Invincibles season, Lehmann found himself out of favour the following year as Arsene Wenger handed Manuel Almunia an extended run in the Arsenal first team.

Almunia played 10 straight league games between December 2004 and February 2005, as well as a Champions League outing against Rosenborg, prompting speculation that Lehmann could end up leaving at the end of the season.

However, after being handed a second chance by Wenger, the German didn’t let it slip, starring in the FA Cup final and having a stellar 2005/06 season as the Gunners reached the Champions League final off the back of a fantastic defensive record.

Coquelin’s loan move to Charlton Athletic in 2014 wasn’t the kind of switch that’s usually followed by a first-team return.

The French midfielder had spent the previous season with Freiburg, and a move from the Bundesliga to the Championship doesn’t scream ‘upward trajectory’.

However, a run of injuries saw Wenger recall the player, who made the unlikeliest of resurgences just as some fans were ready to write off his Arsenal chances at 23.

After a series of impressive displays, headlined by his performance in a league win away to reigning champions Manchester City in January 2015, Coquelin became a prominent squad member for years to come before joining Valencia in 2018.

A series of injury problems had curtailed Djourou’s progress at the start of his Arsenal career, so it’s ironic that an injury to another squad member gave him a way back in.

The Gunners appeared to be preparing for life without the Swiss defender in 2010, with Laurent Koscielny’s arrival ensuring Djourou didn’t play a single minute in the league in August or September.

At 23 years of age, it will have felt to some that the academy product would have to fly the nest, but Thomas Vermaelen’s injury changed that.

Djourou started 20 league games in 2010/11 and 14 the following season, showing the club he still had a bit to offer, before eventually leaving for the Bundesliga.

Chambers, like Coquelin and Djourou before him, was sent out on loan with his path to the Arsenal first team seemingly blocked.

He spent the 2018/19 campaign on loan at Fulham, often playing in midfield rather than in the more familiar defensive role played at Southampton and Arsenal, and failed to prevent a disjointed side dropping back down to the Championship.

It was his second loan move away from the Emirates Stadium and his second relegation, but the England international was welcomed back into the fold by Unai Emery.

Some impressive cup performances saw him handed a run of games in the league, and it was only an unfortunately timed cruciate ligament injury which brought his 2019/20 season to a close.

Where to find Spurs vs. Portsmouth on US TV