Arsenal midfielder Mesut Ozil is yet to play a minute for the Gunners this season and the club reportedly want to cancel his £350,000-a-week contract that runs out in June 2021 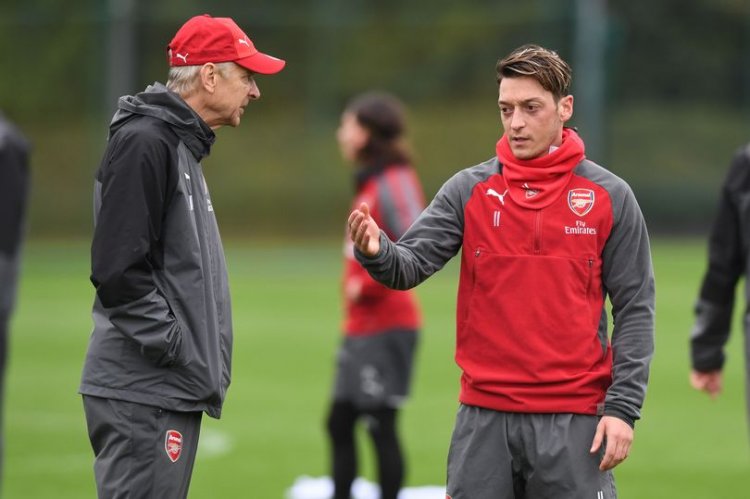 Arsene Wenger believes Mesut Ozil is being "wasted" at Arsenal and the club has to find a way to get him involved again.

The 31-year-old midfielder is yet to play a game for the Gunners this season and slowly but surely over the years, his game time has dropped off too.

The German international looks to be out of boss Mikel Arteta and technical director Edu's plans, but he is said to be happy to see out his £350,000-a-week wages that ends in June 2021.

Arsenal, on the other hand, are reportedly trying to end his contract early but have been unable to move him onto another club.

But Wenger, the club's longest-serving and most successful manager who won 17 trophies during his tenure at the club from 1996 to 2018, feels Ozil still has a part to play for Arsenal.

In an interview with BBC Sport, the Frenchman, who signed Ozil for a then club-record fee of £42.4m in 2013, said it is important not to forget the calibre of player Ozil is.

When asked what does he make of Ozil's career currently, he said: "I feel it is a waste for him. Firstly because he's in the years where a player of his talent can produce the most," he said.

"And it's a waste for the club as well because he's a super talent, a creative talent that in the final third can create that killer pass.

"The way football is going at the moment it's quick counter-pressing, quick transitions and everybody plays the same.

"It's kicked out players like Ozil. Although let's not forget who this guy is. A world champion who has played at Real Madrid.

"He's been the record player of assists, so you have to find a way to get him involved again."

"He has the ingredients to be a very good manager, a top manager, but many of my former players had these ingredients.

"We have to give them time, let them do their job in the way they want to do it," he told BBC Sport.

"He's intelligent, he has big passion and a strong character. And I believe he's surrounding himself with the right people."

Best California Sportsbooks To Bet On Chargers vs Jagua...

Mikel Arteta names the one reason why Arsenal lost agai...