Lucas Torreira made his debut on loan for Atletico Madrid in the 2-0 victory against Celta Vigo in La Liga, and the Arsenal midfielder has taken to social media following his performance 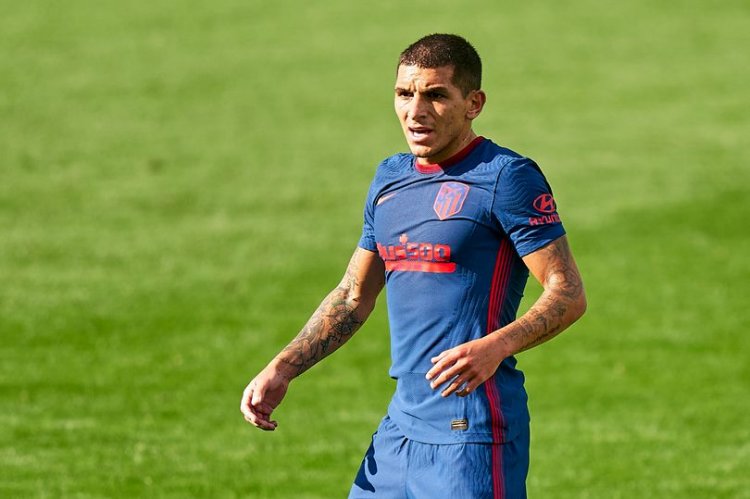 Lucas Torreira is on loan at Atletico Madrid from Arsenal and made his debut on Saturday. (Image: (Photo by Jose Manuel Alvarez/Quality Sport Images/Getty Images))

Arsenal loanee Lucas Torreira has taken to social media to issue a message after making his debut for Atletico Madrid in La Liga.

The Uruguayan midfielder completed a move to the Spanish capital in the final days of the summer transfer window, which incidentally also saw Thomas Partey move in the opposite direction.

Following the international break, Atletico returned to domestic action for their fourth match of the La Liga campaign and beat Celta Vigo 2-0.

Luis Suarez and Yannick Carrasco were both on the scoresheet for Diego Simeone's side as they took full advantage of a poor day for Barcelona and Real Madrid, who both lost.

Torreira was named in the starting line-up for the game and partnered Koke in central midfield, with Angel Correa and Thomas Lemar in the wide positions in a 4-4-2 formation.

It was a decent performance for the Gunners loanee, who was given a 7.4 rating by Whoscored - the highest of any outfield player, with goalkeeper Jan Oblak earning Man of the Match with a 7.7 rating.

After the match, Torreira took to social media to issue a message to the supporters and expressed his delight for making his first appearances for Los Rojiblancos.

Translated, the message reads: "Happy for my debut in @laliga especially because we got three very important points on a difficult field. To keep working and improving team."

Atletico and Torreira are now looking ahead to their first Champions League match of the season, where they tackle defending champions Bayern Munich.

Gabriel is the solution to Arsenal's long-standing problem, but he must learn fr...

Where to find Atléti vs. Barcelona on US TV