Man Utd beat Newcastle 4-1 at St. James' Park and here is how the players rated. 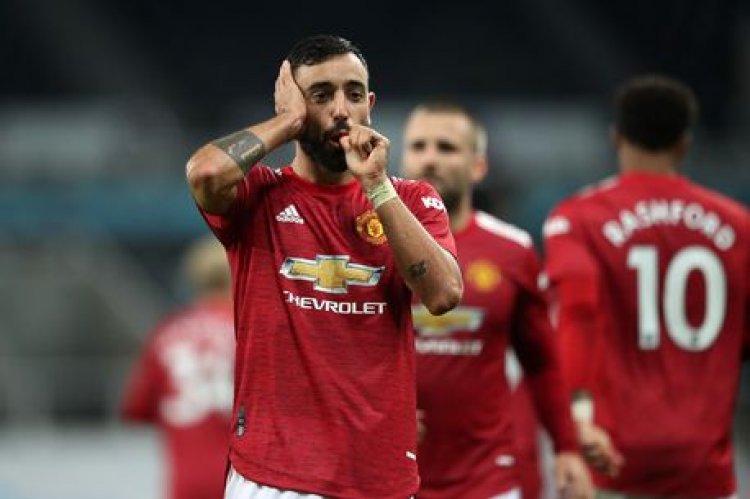 Could do little about the goal, even if time did seem to stand still as Luke Shaw's attempted clearance looped in. Great save from Callum Wilson's side-footer. 8

Much more proactive in attack but had no sharpness about him in the final third and slowed attacks down. Then he somehow popped up to score his first goal late on. 6

Turned with ridiculous ease by Callum Wilson for the breakaway that Shaw unwittingly finished. Did not vindicate his recall. 4

Had a shoddy start but led well and recovered to equalise with a fine header and had another cleared off the line. Looked more like his old self. 8

A little unfortunate with the own goal and rallied commendably, even if he still had to be told when to get forward by Ole Gunnar Solskjaer. 5

Afforded Jonjo Shelvey too much space in midfield and was nowhere for the early opener. Much more alert in the second-half. 6

Not effective enough with his passing on his first Premier League start since June and was predictably replaced by Paul Pogba. 5

Creative on his first league start since February and crossed for Maguire's equaliser and kept the United attack ticking. 8

Had a fine goal disallowed for offside and his movement dovetailed with his attacking teammates. Finally denied from 12 yards but recovered to win the match. 7

Much more comfortable playing on the left and probed time and again, though his decision-making was often awry. 6

Led the line as the lone striker for the first time since Newcastle away last year and offered a fine presence. Won a penalty, assisted Fernandes and scored. 8

Alert with and without the ball. 6

Should have started and instrumental for the winning goal. 8

Made contentious calls and some came off but Lindelof's recall backfired two minutes in. Introduction of Van de Beek paid off in the move that led to the goal. 6

Where to find USMNT vs. Colombia on US TV

Arteta promises Arsenal will be active in transfer market

How To Bet On The Sun Bowl In California | Best Califor...