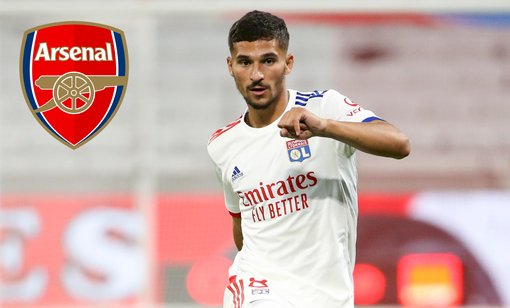 Houssem Aouar has been linked with a move to Arsenal. (Image: Jean Catuffe/Getty Images)

Arsenal fans are reacting on social media to reports of a bid being prepared for Lyon playmaker Houssem Aouar.

According to Telefoot Chaine - as per Get French Football News - the Gunners are set to make an €40m (£36.4m) offer for the Frenchman who impressed during the Ligue 1 outfit's run to the Champions League semi-final last season.

However, the same report states that a bid of greater than €40m from Mikel Arteta's side for Aouar will soon be made.

The north London outfit are looking to further strengthen their squad in the remaining weeks of the summer transfer window.

Three deals have already been concluded in terms of incomings.

Willian, who joined the club on a free transfer after the expiry of his contract at Chelsea, has signed a three-year deal at the Emirates Stadium and has since been joined by compatriot Gabriel Magalhaes

Meanwhile, Dani Ceballos is back at the club on another season-long loan deal from Real Madrid.

But will the trio soon be playing alongside Aouar?

Well, reports of a bid for the midfielder has certainly garnered a massive response from many Arsenal supporters.

Take a look at the best responses on Twitter... 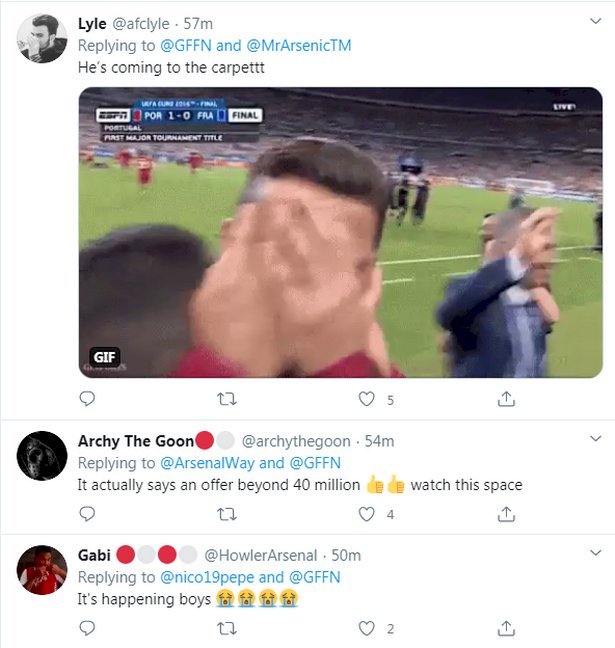 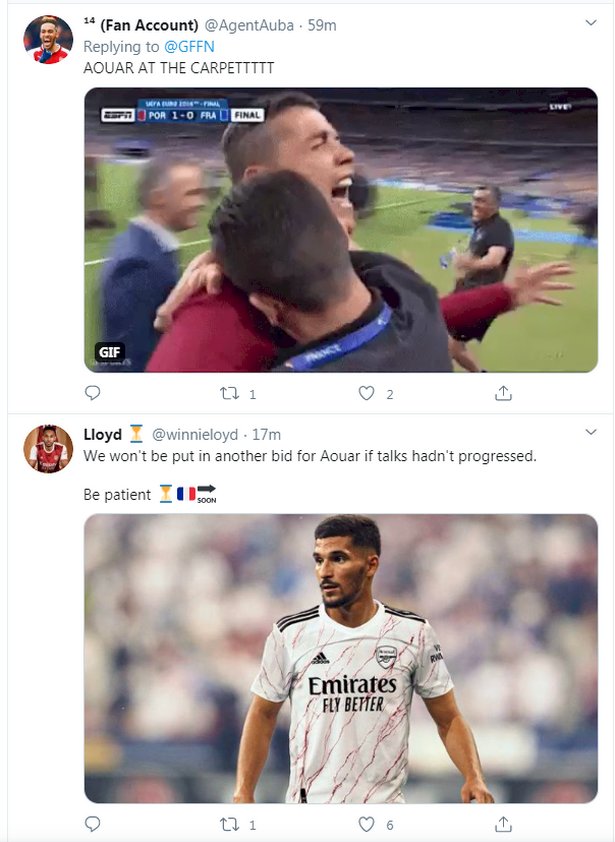 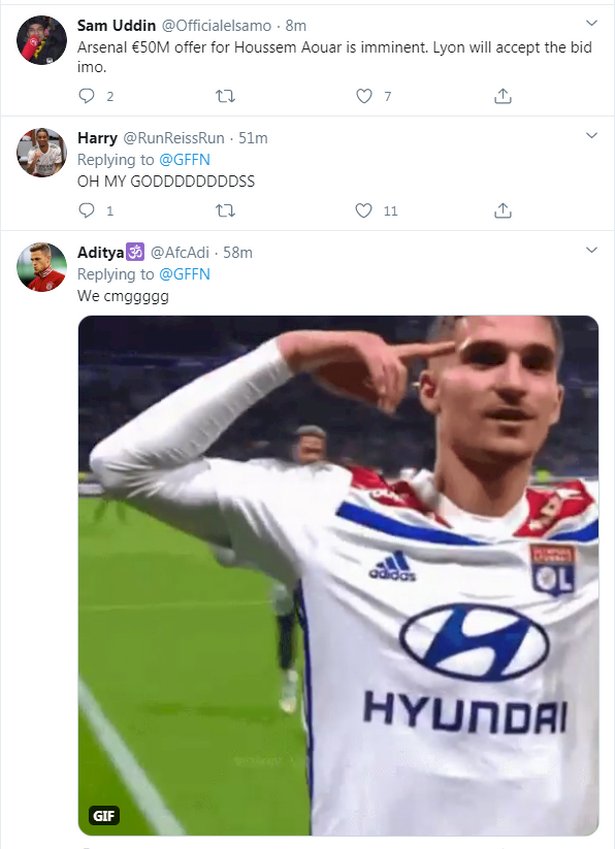 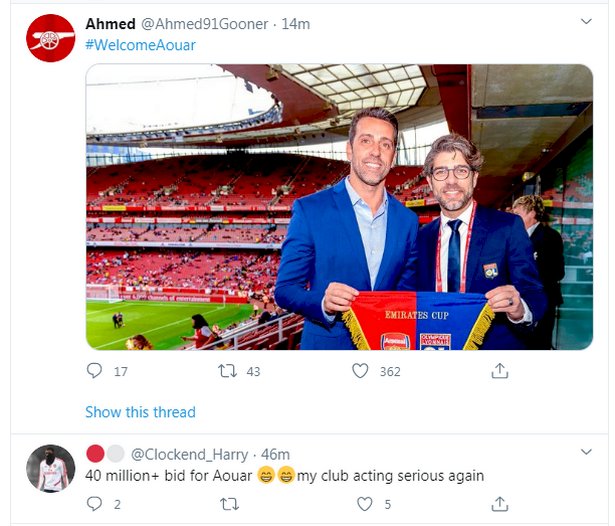 It remains to be seen if Arsenal's bid for Aouar is accepted, but what is for certain is Matteo Guendouzi won't be used as makeweight.

"I get on very well with the Sporting Director (Edu)," Juninho, the Ligue 1 outfit's sporting director, told RMC Sport. "We spoke on the phone. Houssem Aouar is really well liked by Arteta.

"There were some discussions for Mattéo Guendouzi, who is also a good player. He was brought up during the discussion.

"But we don’t need his profile, we were very clear.

"If it is like that, we are not interested at all, we cut the conversation, that is where things ended."

Mikel Arteta sends message to Nicolas Pepe as Folarin B...

How To Bet On Gervonta Davis vs Hector Luis Garcia In N...