Chelsea midfielder Jorginho has been linked with a move away from Stamford Bridge, with Arsenal emerging as potential suitors for the Italian international 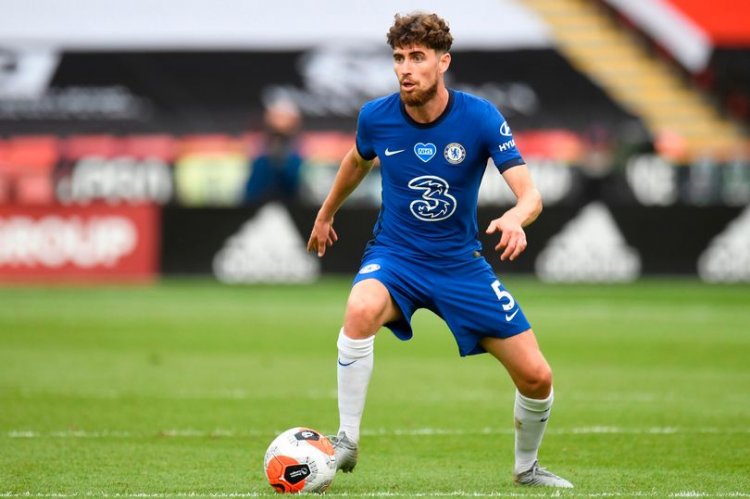 Chelsea midfielder Jorginho has been linked with a surprise move to Arsenal. (Image: PETER POWELL/POOL/AFP via Getty Images)

Arsenal continue to be linked with a variety of names as the closure of the summer transfer window approaches, with just a few days remaining for Premier League clubs to bring in new additions.

Jorginho is one of the more surprising names linked with a move to the Emirates. The Chelsea midfielder seems to have fallen somewhat out of favour as a consequence of the recent signings made by the Blues, and Arsenal are rumoured to be interested.

The Italian is now 28-years-old but depending on the fee that Chelsea are demanding, he could help Mikel Arteta's side in certain moments particularly when it comes to building from the back.

Jorginho has definite limitations - with his physical capacity perhaps being the most notable - but he's skilled at progressing the ball through the thirds of the pitch and has proved to be quite an intelligent player on the tactical side of the game.

Arteta seems intent on building from the back whenever possible, with Arsenal showcasing that bravery at Anfield on Monday night but too often, moves break down.

The Italian international is unlikely to directly contribute with goals and assists considering he's registered a combined total of four in England's top-flight - excluding penalties - since moving to Chelsea in 2018, but he's a useful talent when asked to bring his team to the final third.

An example of what he typically provides is captured by his passing network from a contest against Sheffield United last season, as he constantly probed from inside the middle third by switching the play from side to side, while refraining from finding the penalty box.

from side to side, while refraining from finding the penalty box.

Jorginho's presence is likely to speed up Arsenal's improvement in that department and he's understood to possess leadership qualities that the squad would benefit from, but it's debatable as to whether he's truly worth chasing.

Arsenal took fewer shots than Norwich City last season and after three matches this time around, they have posted the same number of attempts on goal as a team as Richarlison and Dominic Calvert-Lewin combined with 23.

Whether Jorginho offers enough to have an impact on Arsenal's real underlying problems remains to be seen, which is why rather than being identified as a first-choice solution by the Gunners, he instead appears to be recognised as an opportunity that has emerged due to Chelsea's packed squad.

Keeping an eye on what circumstances emerge in the market as deadline day approaches can prove to be smart but in the case of Jorginho, what influence is he likely to have on Arsenal's points total or their goal difference of just +8 last year?

Ultimately, the sense in acquiring him would be determined by the amount that Chelsea want for his services. He'll help Arteta and would be a relatively good addition, but there's a very definite ceiling on what he's capable of doing for Arsenal.